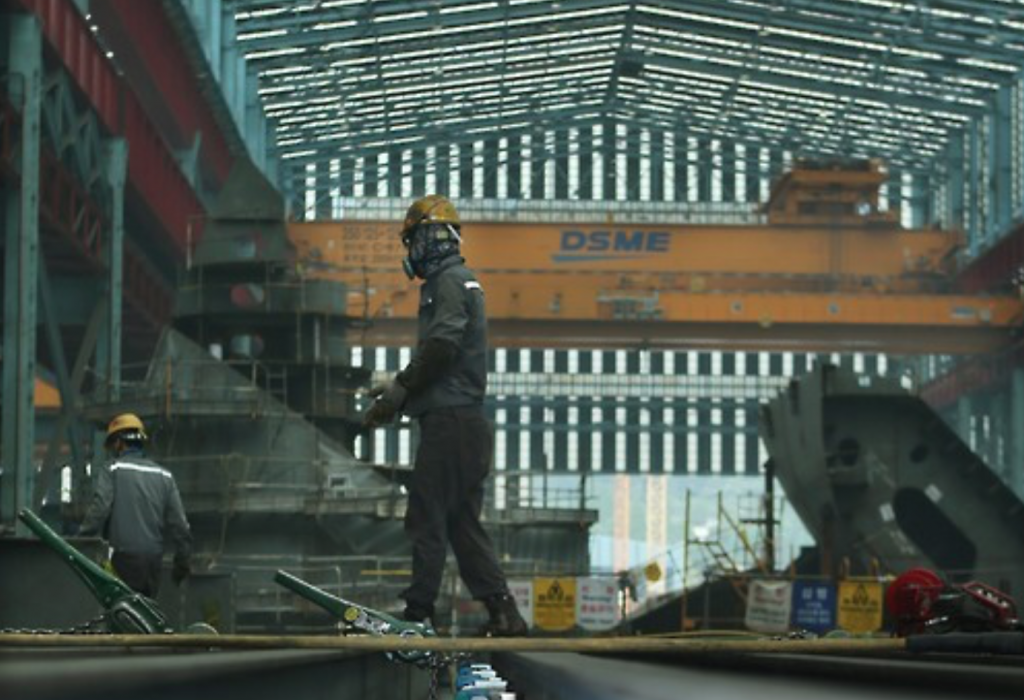 South Korean shipbuilders have been under severe financial strain since the 2008 global economic crisis, which sent new orders tumbling amid a glut of vessels and tougher competition from Chinese rivals. (image: Yonhap)

According to the sources, the troubled shipyard has recently named a preferred bidder for Welliv Co., one of its money-making units, which is involved in the food service, hotel and travel businesses. Earlier this month, the shipyard also inked a deal to sell its ship-design affiliate, DSEC Co., to a local private equity fund. Daewoo Shipbuilding will be able to pocket some 150 billion won (US$132 million) in cash if the two deals are completed, the sources said.

“Asset sales are gathering pace, and we are speeding up the process to sell more assets,” said a Daewoo Shipbuilding official.

Daewoo Shipbuilding is seeking to raise some 340 billion won by selling its affiliates.

Last month, the shipyard also sold off its headquarters building in downtown Seoul for 170 billion won to a local asset manager, as part of its broader efforts to cut costs amid a protracted industrywide slump.

Daewoo Shipbuilding said earlier it plans to secure an additional 700 billion won through asset sales this year, raising the total amount prepared as part of its self-rescue measures to 6 trillion won, since it is widely expected to miss its annual new order target.

Meanwhile, its creditors plan to conduct a debt-for-equity swap and other measures, worth 3.4 trillion won, to help the embattled shipbuilder, one of the country’s three big shipyards, avoid a potential delisting from the local stock market.

Daewoo Shipbuilding’s capital base has been eroded due to mounting losses, facing the risk of being delisted from the local stock market.

The shipbuilders have drawn up sweeping self-rescue programs worth 10.35 trillion won in desperate bids to overcome the protracted slump and mounting losses.