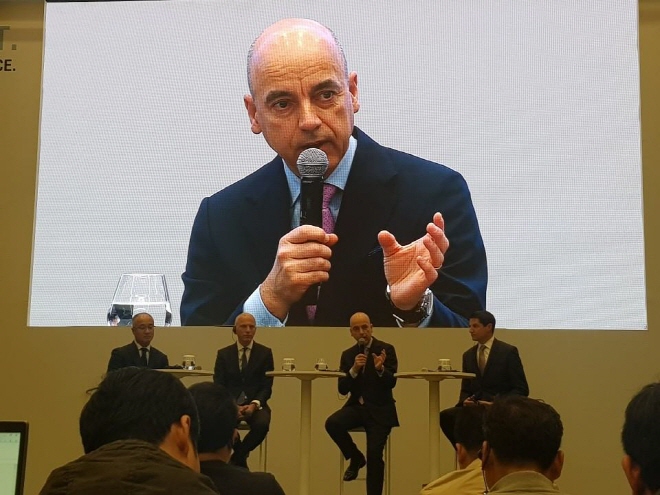 Nicolas Peter in charge of the German carmaker’s finance division answers questions during a press conference held at the BMW Driving Center in Incheon, just west of Seoul on Nov. 27, 2019. (Yonhap)

INCHEON, Nov. 27 (Korea Bizwire) — BMW Group on Wednesday reaffirmed its commitment to the South Korean market as it strives to regain trust following a sales drop caused by a number of cars catching fire last year.

In a press conference held at BMW’s driving center in Incheon, west of Seoul, they said BMW will continue to invest in South Korea, strengthen partnerships with local companies and launch more innovative products.

“We recognize Korea as one of the world’s powerhouses of high-end technology. It represents innovative thinking, technological progress and tremendous openness to new developments,” Nicolas Peter said.

“This places Korea in an excellent position to play an important role in shaping future mobility.”

BMW said it will invest 12.5 billion won (US$11 million) to expand its current research and development center, BMW’s fifth global R&D base after the United States, China, Japan and Brazil.

“The new R&D center will be opened in around a year’s time. It will offer extended workshop space and test facilities for product development as well as for test and validation activities,” Peter said.

BMW advanced to the South Korean market in 1995 and has invested an accumulated 380 billion won in building a driving center, a logistics center and an R&D center, among other facilities, the company said.

He also introduced a couple of the latest business contracts with Korean companies as a sign of its strong commitment to the Korean market.

“We signed a long-term supply contract with Samsung SDI on our fifth generation of battery cells. It represents a purchasing volume of 2.9 billion euros from 2021 to 2031,” he said.

BMW plans to have 25 electrified models in its portfolio by 2023, with more than half of those set to be all-electric models.

“SK Telecom can provide detailed insights to develop specific navigation solutions for Korea that are tailored to the Korean traffic situation,” Peter said. 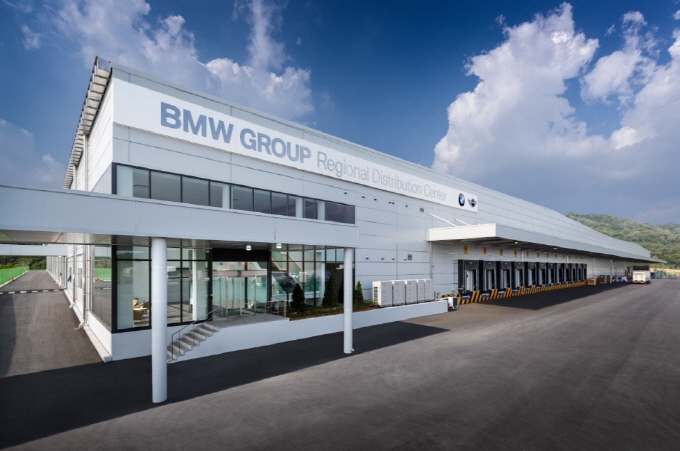 To regain consumer confidence, BMW said it will bring “many new exciting” models to Korea, one of the luxury carmaker’s biggest 5 Series markets.

BMW said it has decided to launch the MINI Electric, the all-electric version of the MINI, in the country. But it didn’t give the time frame.

Next year, BMW plans to host the world premiere of the new BMW 5 Series in the Busan International Motor Show, he said.

BMW has been struggling with declining sales in Korea since last year due to dozens of engine fires mainly in the 520d model and the subsequent recalls.

It has recalled 99 percent of its 171,000 BMW and MINI models in the country to fix faulty exhaust gas recirculation (EGR) coolers and pipes, a company spokesman said.

BMW Korea, which sells vehicles under the BMW, MINI and Rolls-Royce brands, sold 42,813 vehicles in the January-October period, down 19 percent from 53,176 units a year earlier, according to the Korea Automobile Importers and Distributors Association.