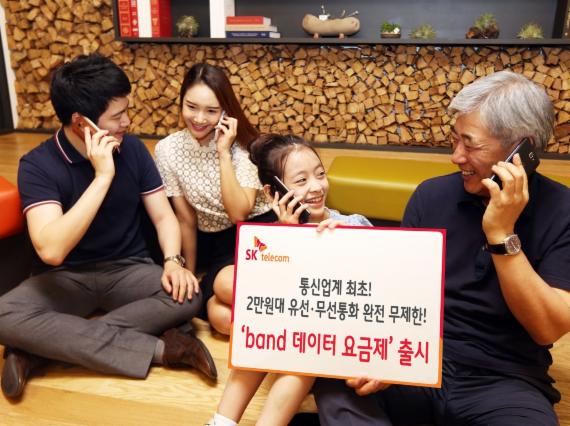 With the new rate plans, subscribers can choose the amount of data while benefiting from unlimited calls and text messages. (image: SK Telecom)

SEOUL, May 27 (Korea Bizwire) – With subscriptions to data-oriented rate plans passing the 800,000 mark just 17 days after their rollout earlier this month, the ICT ministry expects that the 2- million-subscriber mark is within reach this year.

A ministry official said, “With existing LTE rate plans, 51 percent of subscribers choose 50,000 won plans. However, only 29 percent stayed at the same level after the introduction of the data-oriented rate plans. It is obvious that the rate plans are reducing overall communications bills.”

With the new rate plans, subscribers can choose the amount of data while benefiting from unlimited calls and text messages. KT launched the first such rate plan on May 7, and other carriers followed suit by introducing similar plans.

The industrywide move to adopt the new plans is unprecedented for South Korean mobile carriers, who have previously depended heavily on profits from subscriptions that included voice minutes and text messages.