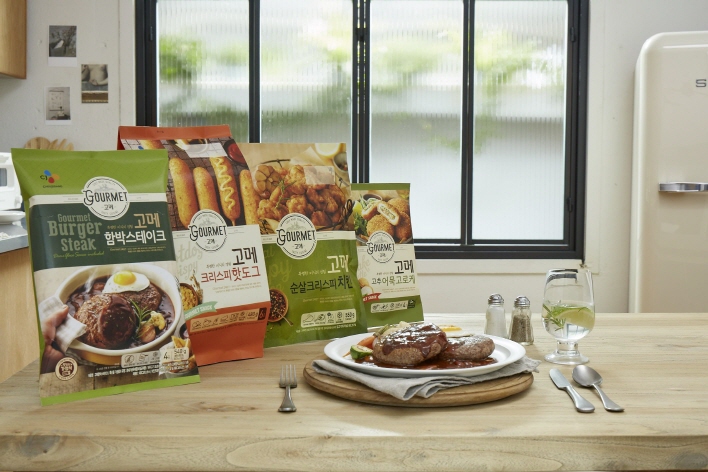 The popularity of replacement meals is being fueled by consumers who are looking for “value for money” meals that do not compromise on taste.

According to Link Aztec, a market researcher focusing on the F&B industry, the market for frozen steak products rose from 12.9 billion won in 2016 to 20.2 billion won last year.

The frozen pizza market saw a threefold increase over the same period.

If expectations are met, CJ will see a 100 percent jump in sales in just one year.

While its sister brand “Bibigo” focuses on frozen Korean food, “Gourmet” produces easy to prepare meals most Koreans seek when they dine out, such as steak, chicken, and pizza.

CJ CheilJedang says that its frozen foods retain the chef’s know-how to ensure that quality is on par with gourmet meals enjoyed in restaurants.

CJ has taken up 78 percent of the market share for western frozen foods, followed by Lotte Food (9 percent) and Ottogi (5 percent).

The newfound popularity of frozen foods, however, goes far beyond steak and pizza. Snacks that people enjoy with their drinks at local bars are also being made into frozen food products.

According to Link Aztec, the market for frozen food snacks (for drinks) grew from 7.6 billion won in 2016 to 49.4 billion won last year, a staggering sixfold increase.