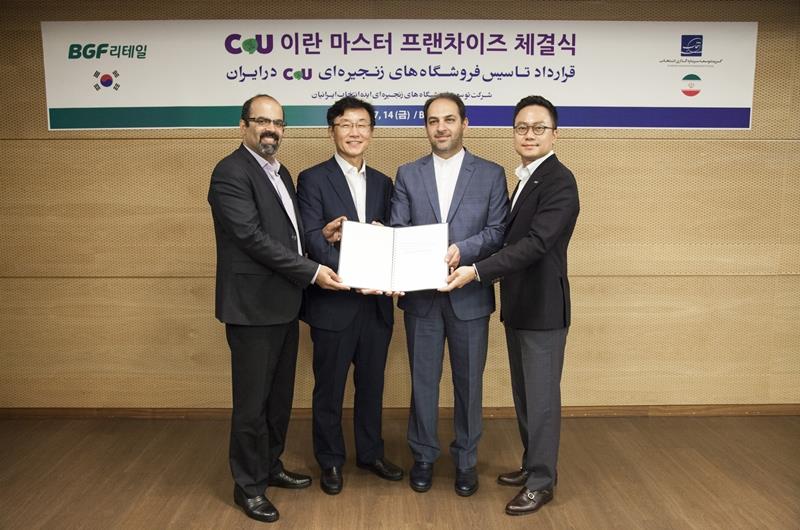 Under the agreement, home appliances firm Entekhab Investment Development Group will take charge of investment and operation of the outlets in the Middle Eastern country.

The announcement came as the competition in South Korea’s convenience store business, dominated by three chains — CU, GS25 and 7-Eleven — is heating up with an increased number of outlets.

The market size for convenience stores in South Korea surpassed 20 trillion won (US$17.5 billion) last year, up 18.6 percent from 17.2 trillion won the previous year, backed by fast growing single-person households and an aging society, according to industry data.

Earlier Thursday, retail giant Shinsegae said it will invest 300 billion won over the next three years to cope with the rapidly growing market.