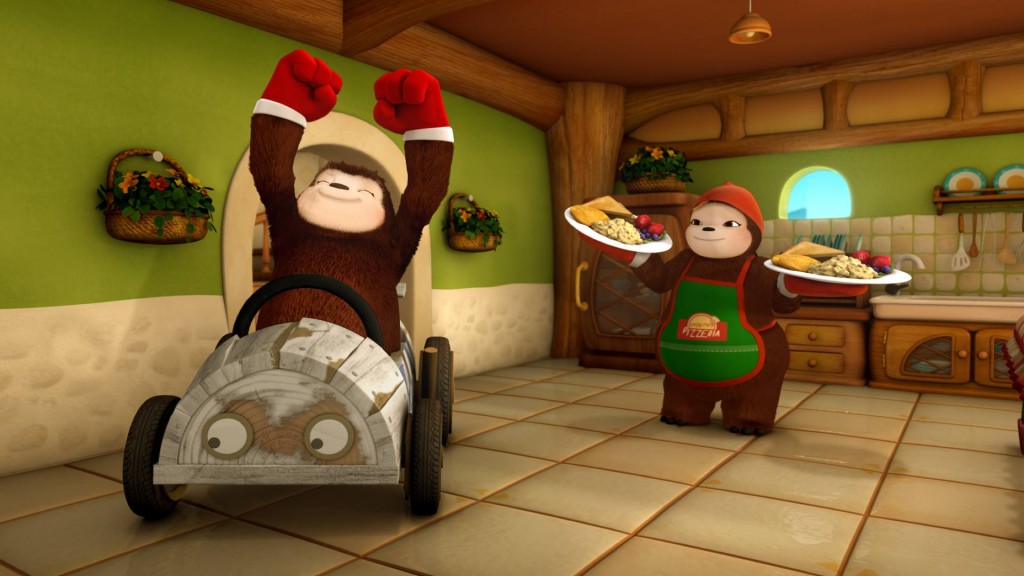 On September 10, Kia released “Super Racer Enzy,” an animated film featuring Kia characters Enzy and His Friends, at approximately 100 screens nationwide. The animation film is the first such made by the automotive industry. (image: Kia Motors)

On September 10, Kia released “Super Racer Enzy,” an animated film featuring Kia characters Enzy and His Friends, at approximately 100 screens nationwide. The animation film is the first such made by the automotive industry.

Kia introduced the main characters Enzy and his friends in 2013 as part of its marketing activities for youth. Besides producing the animated series, it is promoting a traffic safety campaign for children using the characters.

The characters act as brand ambassadors to the next generation of car owners. Enzy and His Friends are composed of five members who each correspond to the characteristics of one of the five key automobile components.

The members are Enzy, who has power like a car engine; Razy, who can control wind like a radiator; Aqu, who uses liquid like a car’s washer fluid; Tory, with power to generate electricity like a battery; and finally Laito, who can generate light like headlights do.

Kia is raising its brand image in and outside of Korea by using the characters through various events for children visitors to international motor shows. In Singapore and Thailand, it established a kid zone with the characters at each of its dealers.

In the Philippines, a professional basketball team led by Filipino boxing hero Manny Pacquiao selected Enzy as its mascot.

The animation features Enzy, a pizza delivery boy growing as a super talented racer together with his friends.