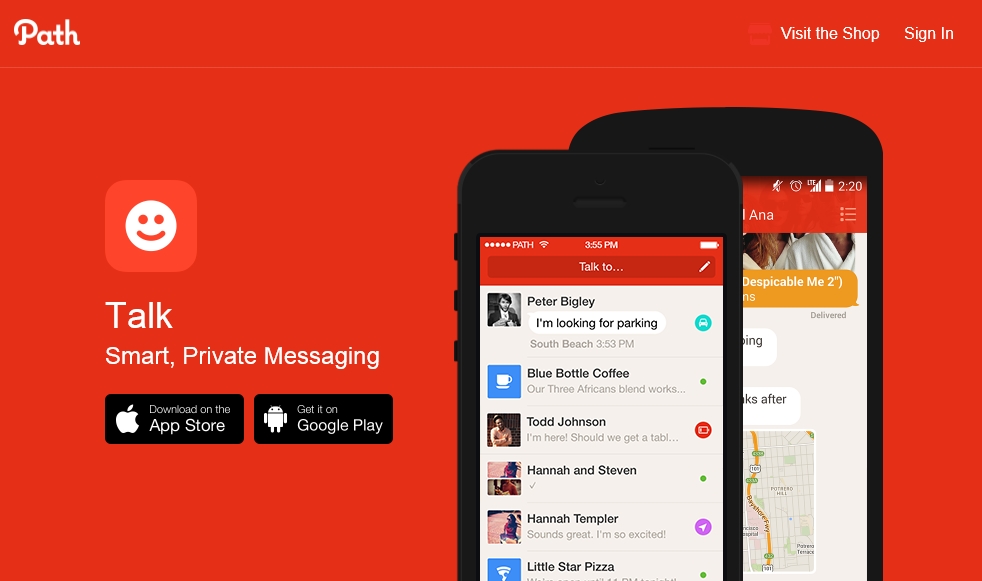 Path and Path Talk were created by a U.S. firm in 2010, but they have become one of the most widely used apps in Indonesia, vying with Facebook and Instagram. (image: Path Talk)

SEOUL, May 29 (Korea Bizwire) — Daum Kakao Corp., the operator of South Korea’s most popular messaging app KakaoTalk, said Friday it has acquired two Indonesia-based mobile platforms as part of its push for a global expansion.

It signed an agreement with Path, a U.S. Internet service provider that runs its namesake social network service (SNS) and messenger app Path Talk, to take over the two mobile tools, Daum Kakao said in a statement.

The company, however, did not give further details on the value of the deal or when the acquisition is scheduled to be completed.

Path and Path Talk were created by a U.S. firm in 2010, but they have become one of the most widely used apps in Indonesia, vying with Facebook and Instagram.

Unlike Facebook and Twitter that operate as an open platform, Path and Path Talk offer an undisclosed service that gives users privacy in building their relationships on mobile devices.

Daum Kakao said that Path has great growth potential since it has shown a high user loyalty based on its large traffic that enables the operator to provide various mobile content.

The SNS tool, Path, has grown nearly twofold this year from 2014, with its monthly active users reaching over 10 million in a country with a population of 250 million.

Daum Kakao plans to retain the staffs there for a smooth takeover, while it will apply its own business know-how to the platforms in a bid to grow them into top players not only in Indonesia but in the Southeast Asian market as well, it said.