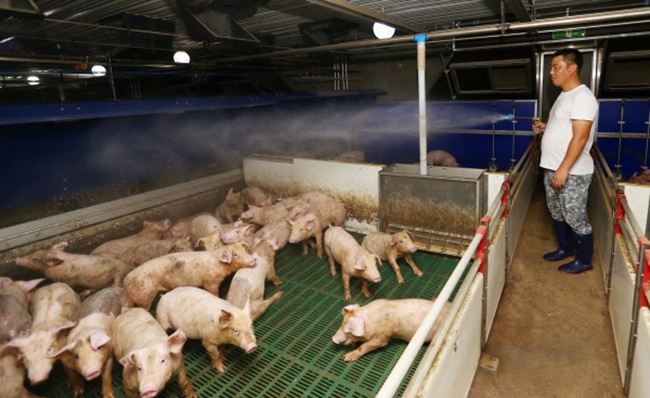 SEOUL, Aug. 8 (Korea Bizwire) — With the mercury hitting highs of around 36 degrees Celsius, a sweltering heat wave that has stricken South Korea is now costing the lives of thousands of animals across the country.

According to the Korea Centers for Disease Control and Prevention (KCDC), over 1,200 people fell ill due to the nationwide heat wave, which also resulted in six fatalities.

However, humans aren’t the only casualties of the sweltering summer heat, as a report released yesterday by the South Jeolla provincial government showed over 320,498 chickens, ducks and pigs at 255 farms in the region had succumbed to the heat wave as of last Friday.

Animal casualties of the devastating heat wave were reported in over 19 cities and counties in South Jeolla Province including Mokpo, Yeosu, and Wando County.

In Naju, where the death toll was highest, over 78,223 animals at poultry farms in the county died, while other regions such as Goksung and Yeonam also reported casualties of over 40,000 animals.

With between 10,000 and 60,000 farm animals reportedly succumbing to the sweltering heat every day, the death toll is expected to rise if the heat wave continues.

“When animals suffer from exposure to high temperatures, we recommend that farmers contact their local institute for animal health, or branches of the local government responsible for livestock. In order to be protected from potential losses, we strongly recommend that farmers purchase appropriate insurance,” an official from the South Jeolla provincial government warned.

Maintaining the right temperature in farm structures is thought to be crucial in protecting livestock for farm owners.

The stories of the deadly heat wave aren’t restricted to livestock farms, as reports emerge that fish farm owners off the southern coast of South Korea continue to experience mass fish deaths as the water temperature soars to 30 degrees.

In Pohang alone, deaths of more than 48,000 fish at ten fishing farms have been reported over the weekend as the temperature reached 29 degrees, surpassing the recommended temperature of 14 to 17 degrees for the starry flounder, the local government said.

“As the high water temperatures are expected to persist for another month, we are doing everything we can including offering financial support to fishing farms to reduce the damage,” an official at the municipal government of Pohang said.

According to data released by the National Institute of Fisheries Science (NIFS) on Monday, the current average temperature of South Korean waters is two to seven degrees higher than the annual average, even two to three degrees higher compared to last year when the country was hit by another heat wave.

“Currently, the water temperature of the East Sea is five to seven degrees above the average level,” Dr. Han In-sung at the NIFS said.

In the shallower waters off the west coast, the NIFS said water temperatures can exceed 30 degrees Celsius at some points. 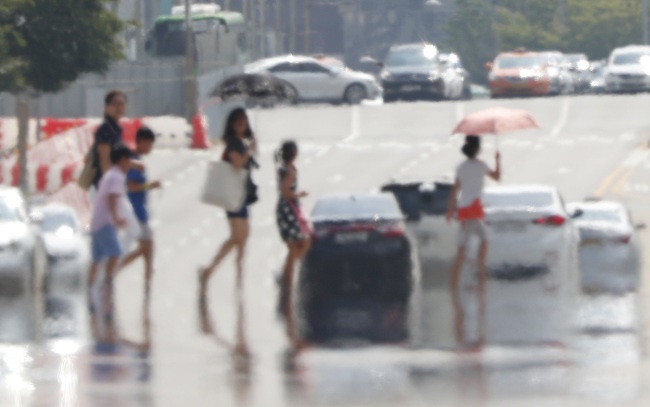 According to the Korea Centers for Disease Control and Prevention (KCDC), over 1,200 people fell ill due to the nationwide heat wave, which also resulted in six fatalities. (Image: Yonhap)

According to Dr. Han, it’s more than likely that the high water temperatures are here to stay for a while.

“Though a couple of rains are expected according to the weather forecasts from the Korea Meteorological Administration, they will not be heavy enough to bring down the water temperature, which means this high water temperature phenomenon with fluctuations around 30 degrees could continue,” Dr. Han said.