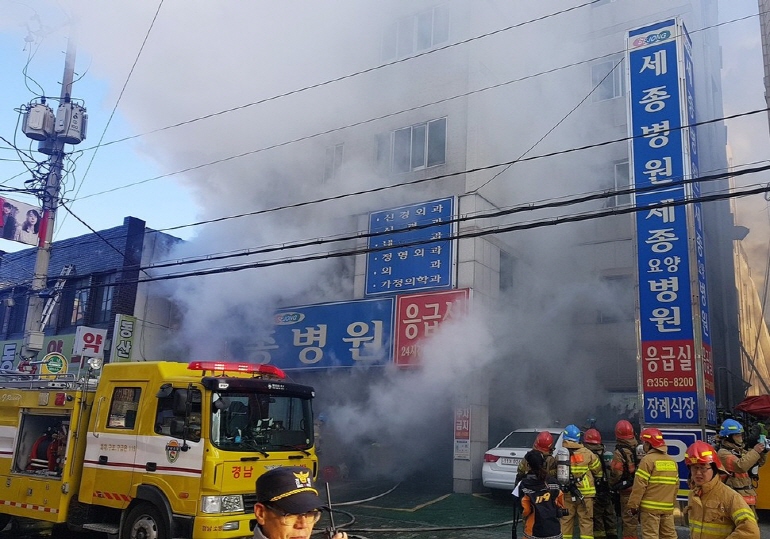 MIRYANG, Feb. 2 (Korea Bizwire) — The death toll from a fire at a hospital in Miryang, a city in southeastern South Korea, rose to 40 after an elderly survivor died in a hospital on Friday, the local government said.

The 81-year-old man had been treated for pneumonia at a nearby hospital since the fire last Friday at Sejong Hospital in Miryang, South Gyeongsang Province. He died around 1:10 a.m.

As of Friday, the number of people injured came to 151, three in critical condition, the local government said.

Police will conduct an autopsy on him if the cause of his death is not verified.

The Miryang and South Gyeongsang governments plan to hold a joint memorial at three altars in the city on Saturday.

The fire gutted the ground floor of the hospital and sent toxic fumes raging through the six-story building. It marked the country’s deadliest fire since 2008, when 40 workers were killed in a warehouse blaze in the city of Incheon, south of Seoul.