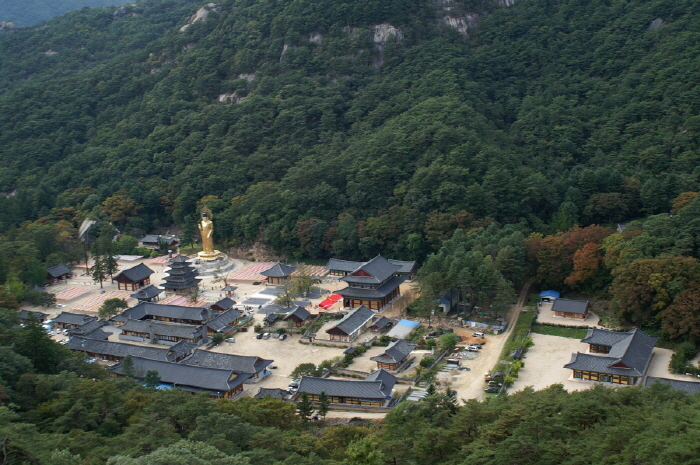 SEOUL, Jun. 21 (Korea Bizwire) — The decades-old conflict over the collection of admission fees for cultural assets has resurfaced.

Admission fees to view and visit cultural property, which are collected by some temples, are based on the Cultural Properties Protection Act, which allows owners of state-designated cultural properties to collect the costs of viewing if they allow visits to their cultural assets.

The Jogye Order of Korean Buddhism claims that collecting admission fees is necessary for cultural assets owned by the order and nearby temple forests need to be cared for.

On the other hand, hikers who pass through temples and climb mountains have countered that it is unreasonable to pay for cultural assets even though they are not there to observe the assets.

In the midst of the controversy, the Jogye Order held a press conference Thursday to demand that the state offer compensation that it had omitted in the past, including the former temple-owned land in national parks.

Currently, a total of 67 temples collect admission fees from visitors, and 23 are in national parks.

According to the Jogye Order, about half of the money collected from the admission fees is used to maintain the temples.

In the wake of a series of complaints about admission fees, the government had sought to find a solution in consultation with the Jogye Order since the late 1990s, but only time passed without a clear agreement.

Controversy over the cultural asset viewing fees began again in 2007.

While the government removed the entrance fee to national parks, temples continued to collect admission fees, leading to escalating complaints from hikers.

Without clear and reasonable negotiations and agreements made between the government and the order, the conflict is now ever more deepened.

With the Jogye Order releasing its first official position on the temple’s cultural heritage fees, the ball is now passed over to the government. However, the issue is not expected to be resolved easily.

Some point out that admissions fees should only be collected at temple entrances, and the details of the use of the fees should be made more transparent.

There are also complaints about temples that won’t accept credit cards.

“It is not clear what the order means about compensation,” an official familiar with the dispute said. “It is important that the government and the Jogye Order come together to negotiate in good faith.”