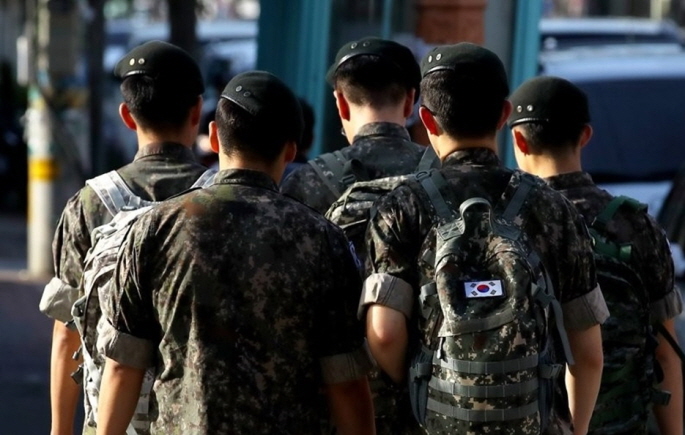 The monthly salary for a private was 306,100 won last year, which is 12,708 won less than average monthly spending, which indicates that a private may face financial difficulties. (Yonhap)

SEOUL, Oct. 7 (Korea Bizwire) — Are South Korean soldiers carrying out their mandatory military service financially well off in terms of their life in the barracks, without having to depend on their parents for an allowance?

The National Defense Committee at the National Assembly reportedly asked the Ministry of Defense to conduct a study on whether soldiers were capable of maintaining livelihood at the barracks without any outside help from their parents or other family members.

In response, the ministry submitted a report created by the Korea Institute for Defense Analysis on the average expenditures and purchased items among soldiers.

The report showed that each soldier spent an average of 318,808 won (US$266) every month, which is almost equivalent to the monthly salary for a private first class (331,300 won).

The soldiers were found to have spent most on transportation, food, and cultural activities (33.4 percent).

The monthly salary for a private was 306,100 won last year, which is 12,708 won less than average monthly spending, which indicates that a private may face financial difficulties.

According to the report, soldiers said they set aside around 53,559 won (16.8 percent) of their monthly spending for their savings account, or send the money to their parents, which shows that the soldiers spend about 265,249 won to maintain their livelihood in the barracks, leaving privates with a surplus of 40,851 won.

Nevertheless, the soldiers are still at the risk of facing financial difficulties since spending differs from soldier to soldier, and from month to month.

“The monthly salary for soldiers will be raised by 33.3 percent next year, which will allow them to maintain their livelihood while saving money for the future,” said the ministry.

The KIDA plans to conduct another round of surveys this December.