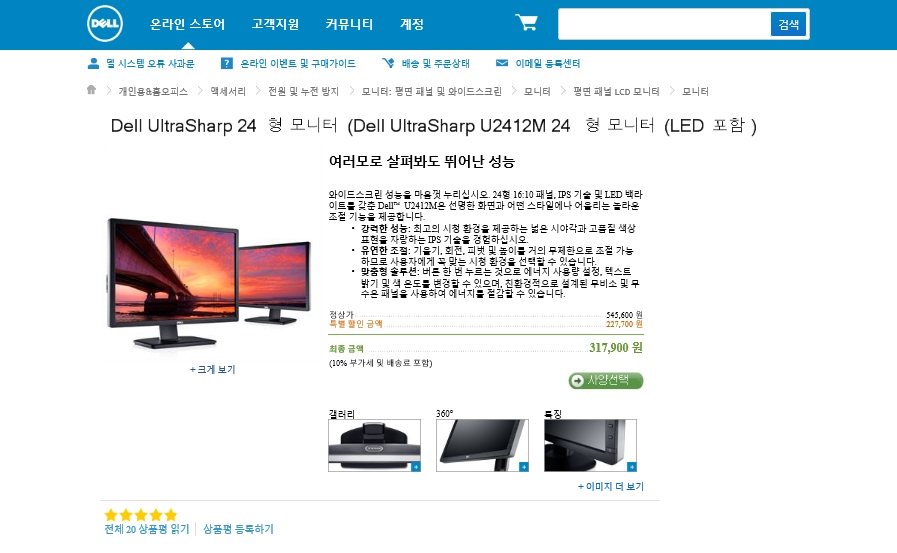 SEOUL, May 13 (Korea Bizwire) — DELL Korea is making Korean customers nervous and angry by abruptly canceling orders for its monitors, which were selling for 136,400 won (US$ 124) at its online shopping mall as part of its big promotion, saying that the promotion page for the discount was published accidently via an update malfunction.

As their promotion became known to the internet instantaneously, orders flew in and DELL Korea ran out of stock almost immediately.

However, on May 11, DELL Korea canceled all orders of the discounted U2412M and sent emails to buyers saying the promotion page was uploaded by accident and the company will refund buyers’ money.

Some buyers are expressing doubts as to how a promotion page published by accident could lead to a page where customers could actually make payment. The product is now selling for 317,900 won (US$ 289) at DELL Korea’s online shopping site.