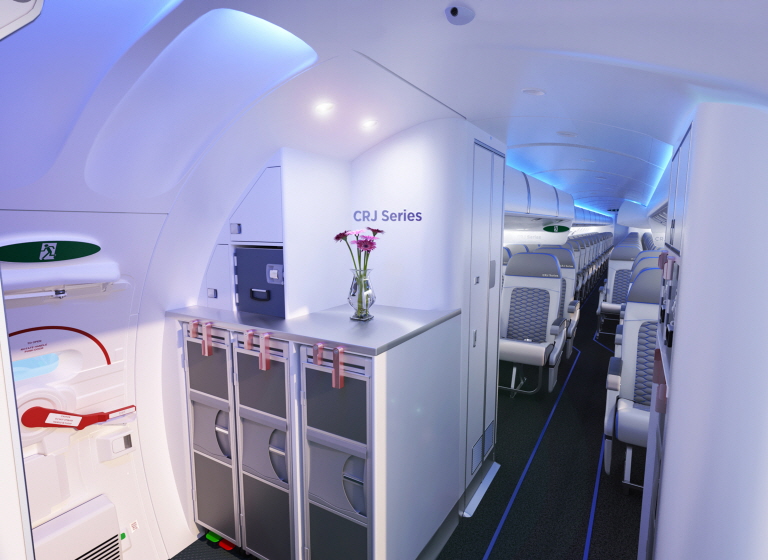 Based on the list price for the CRJ900 aircraft, the firm order is valued at approximately US$961 million.

“We are thrilled that Delta continues to select the CRJ Series as the airline looks into the future growth of its regional operations,” said Fred Cromer, president, Bombardier Commercial Aircraft. “Together with Delta, we have driven the development of regional aviation in the U.S., and we are looking forward to further enhancing regional air travel with the launch of the new ATMOSPHÈRE cabin with our long-standing and esteemed customer.”

The new CRJ900 aircraft with ATMOSPHÈRE cabin will fly under the Delta Connection brand in a comfortable two-class regional jet configuration with 70 seats.

About the ATMOSPHÈRE Cabin
The new ATMOSPHÈRE cabin sets new standards of passenger experience in the regional jet market segment. Key features of the new interior are comprised of larger passenger living space, wheel-first roller bag capability, more spacious lavatory, increased cabin connectivity options, all integrated in a contemporary design and material choices. In fact, the ATMOSPHÈRE cabin design allows each passenger to carry and store an “oversized” roller bag within the aircraft cabin bins which minimizes the need to check bags at the counter or the gate. To learn more: DiscoverAtmosphere.com

Headquartered in Montreal, Canada, Bombardier has production and engineering sites in 28 countries across the segments of Transportation, Business Aircraft, Commercial Aircraft and Aerostructures and Engineering Services. Bombardier shares are traded on the Toronto Stock Exchange (BBD). In the fiscal year ended December 31, 2017, Bombardier posted revenues of $16.2 billion US. News and information are available at bombardier.com or follow us on Twitter @Bombardier

Notes to Editors
Images of CRJ900 in Delta’s livery, as well as pictures of the new ATMOSPHÈRE cabin are posted with this news release at www.bombardier.com.

The CRJ900 aircraft backgrounder is available in the BCA Media Hub

For information about Delta, visit: www.delta.com

Bombardier, Atmosphère, CRJ900 and CRJ Series are trademarks of Bombardier Inc. or its subsidiaries.

Two photos accompanying this announcement are available at