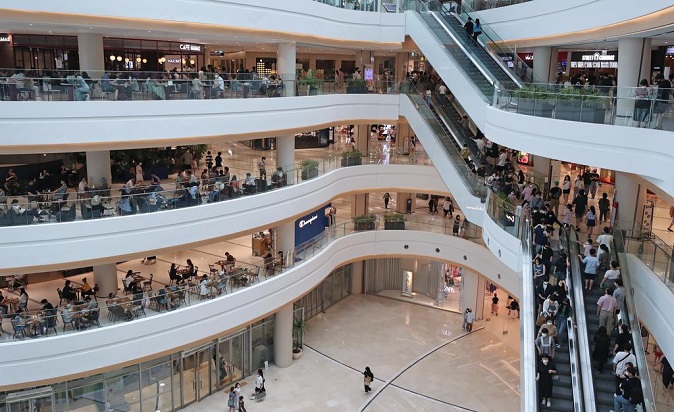 This file photo, taken on July 10, 2022, shows a shopping mall in Seoul crowded with visitors. (Yonhap)

SEOUL, Nov. 10 (Korea Bizwire) — Department stores have reported strong sales thanks to the increase in outdoor activities resulting from the lifting of social distancing rules, but smaller stores have seen their sales stagnate.

The nation’s retail sales amounted to 408.4 trillion won in the January to September period of this year, up 7.4 percent year on year, according to Statistics Korea and the Korea Small Business Institute.

Of the total, department store sales accounted for 27.6 trillion won (US$20.2 billion), up 16.4 percent from a year before, the largest gain among retail channels.

In contrast, small supermarkets and grocery stores, which are often run as small businesses by a single owner, saw their sales rise by a mere 0.4 percent to 34.6 trillion won.

The strong performance of department stores is attributable to the base effect of last year’s COVID-19 pandemic and the sharp increase in the number of visitors thanks to this year’s lifting of social distancing rules.

In particular, sales of clothes and famous foreign brands, for which consumers have delayed purchases for so long, marked strong growth.

Convenience stores also enjoyed strong sales thanks to the invigoration of outdoor activities and the increase in the number of visitors, but supermarkets saw no benefit in sales.