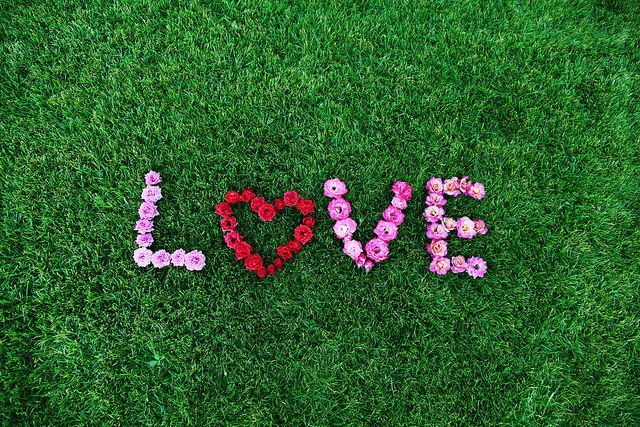 This is the list of the ten things CNN came up with to introduce (South) Korea in a recent news coverage where it even said you should “book a ticket to the country,” “if you (w)ant to see what the future looks like.”

Some of the words on the list like “wired culture” and “plastic surgery” are easily associated with the nation already, but some others like “blind dates” and “business-boozing” aroused the curiosity to many. Blind dating in Korea, which is similar to that in Western culture, has become so common in Korea that now many local smartphone application developers are coming up with “Social Dating Service (SDS) Applications” based on the popularity of blind dating and the highly-wired culture in the country. 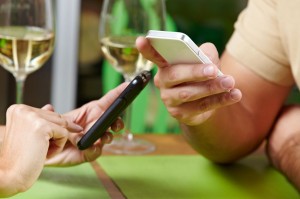 The global market for such SDS apps is a 4-trillion-won gold mine, with the U.S. market taking a share worth 1.5 trillion won. (imge:kobizmeda)

As you may know already, the Internet take-up rate in Korea is whopping 82.7% while that for smartphones is 78.5%. With the propagation of smartphones, the blind date culture in Korea is evolving to a new height nowadays. When you are on a blind date, you are usually referred by a friend who can only provide limited knowledge of your date. And guess what.

You and your date end up sitting in some coffee shop staring at an empty space in awkward silence until you realize you two have wasted one and a half hours regardless of whether you are attracted to your date or not. Now you can save your time and energy by using an SDS app which may be somewhat different from the traditional approach but which actually works quite well. If you put in information about the ideal person you would like to meet, it finds you the best match accordingly.

The global market for such SDS apps is a 4-trillion-won gold mine, with the U.S. market taking a share worth 1.5 trillion won. It was first introduced in Korea back in late 2009, and more than 30 developers have emerged ever since. According to a study conducted in 2011 by Cocoabook, an online SDS developer, female workers ages 20 to 32 responded that they had had SDS experiences. The industry is projecting the domestic market to grow to be 40 billion won in size by 2015.

The marriage bureau, which is the original couple matching service, has already grown at a jaw-dropping rate and become a highly-established business in Korea. And yet, it is true that solos like you do not always meet someone to get married and the many meetings you have to have just to get married are a bit dragging. Also, it is quite expensive if you are just seeking someone to casually watch movies with. 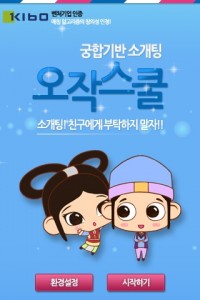 Unlike other existing SDS apps, “Honey Bridge” enables a user to talk on the phone with a match to find out more about the other party. (image:Ojakschool)

The IT industry is releasing many different SDS apps to meet the needs of more economical and care-free young singles. The frontier is I-um (www.i-um.com) which celebrated its third anniversary of service-launching last month. I-um started with a concept “We will set you on a blind date at 12:30 pm every day and you have 24 hours to be on a date with the person” targeting solos in their 20s and 30s back in 2010. Reportedly 950,000 couples have shown interest to each other through their service, and 88 couples actually got married over the last three year. I-um has a total one million registered members.

I-um also launched a website titled ‘I am 8 (www.im8.net),’ a curation-type website for the first time in the industry’s history. This curation-type website applies a method in which the users are given a chance to select six categories of their choice before she is introduced to another user. The six categories are Career, Smart, Visual, Million, Family and Unique. It is also designed so that a user is able to see the profile of her possible love interest that lists his experiences and stories, which led to the match.

All of its members will get a match on a weekday digitally, and once they okay their match they will get to meet in person. If there is a user with a low chance of receiving OKs or successful dates, the website’s curator will engage in putting extra effort in making a successful date happen for that user. The membership fee is 80,000 won, which is a lot less than the 1-million-won fee charged by marriage bureaus. I-um also launched its “Inside Stories of Solo’s World” Page on Kakao Page on the 24th of last month where the users upload their secret woes and ‘I-um god’ helps solving their problems.

Another SDS company, INU Co. Ltd., released an app called “Honey Bridge” in June. Unlike other existing SDS apps, “Honey Bridge” enables a user to talk on the phone with a match to find out more about the other party. As such, it has an analog-sentiment to it: voice is definitely another factor missing in other SDS apps which are mainly focused on the visuals and the specs of the users. Its matching algorithm, differentiated from others, provides a real-time phone conversation service during which it can also suggest various topics to help users become more intimate. Once the conversation ends, under mutual agreement, the two participating parties are given a choice to open their profiles to the other party so that their profile pictures and phone numbers are actually shared.

“Ojakschool (www.ojakschool.com)” is another SDS app, currently patent pending, that uses marital compatibility matching algorithm to find the user a compatible match. A user of this system can make one date request per day and four more if he uses a ‘match-finding’ function. Only singles in their 20s and 30s can register for this system, and especially they should carefully fill out the application forms in detail because if they don’t, they are not allowed to be registered. Ojakschool also constantly monitors its members’ profiles in real time to prevent inappropriate usage of the system by users. 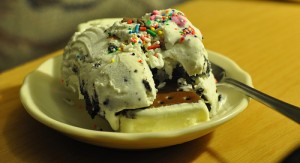