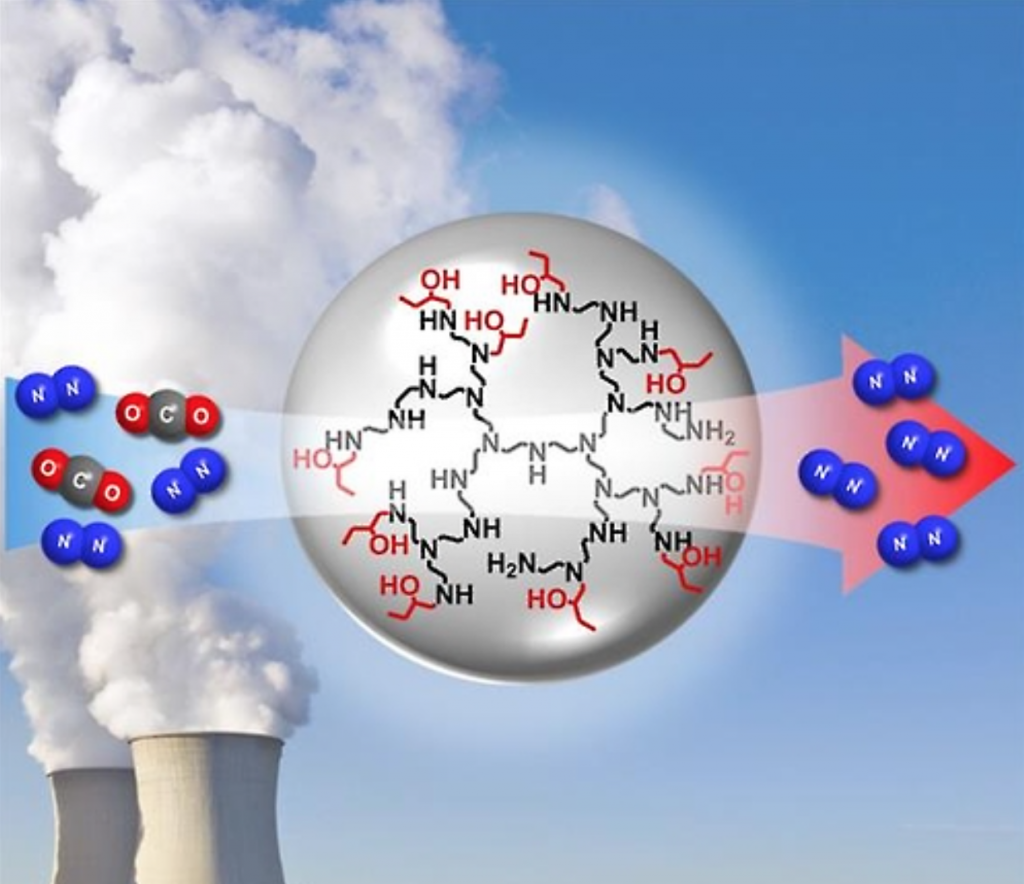 Following the research developments, the team was able to produce 20kg of the new CO2 absorbent in collaboration with the KCRC (Korea Carbon Capture & Sequestration R&D Center), and succeeded in using it in a test-bed environment. (image: Yonhap)

DAEJEON, Sept. 8 (Korea Bizwire) – A team of scientists at KAIST (Korea Advanced Institute of Science and Technology) recently announced the development of technology that will allow for the mass production of carbon dioxide absorbents, which are used for post-combustion CO2 capture that could hypothetically help ease global warming resulting from excessive CO2 emissions.

Although there has been extensive research into amine-containing absorbents that chemisorb low-concentration CO2 from the atmosphere, these absorbents tend to lack efficiency in their desorption of the gas, and suffer from declined stability after repeated use.

To overcome the setbacks, the team was able to dramatically increase the level of desorption and the reaction velocity by simply having the conventional amine-containing absorbent react to epoxide – a compound combined with carbon and oxygen.

By making use of silicon dioxide and polyethyleneimine (PEI), a polyelectrolyte, the researchers were able to develop a new CO2 absorbent that “simultaneously exhibits a large CO2 working capacity as well as long-term stability in a TSA (temperature swing absorption) condition.”

Following the research developments, the team successfully produced 20kg of the new CO2 absorbent in collaboration with the KCRC (Korea Carbon Capture & Sequestration R&D Center), and succeeded in using it in a test-bed environment.

According to the team, if production can be increased to the scale of metric tons, the absorbent could also be used at thermoelectric power plants.

The full research findings were published in the August 30 online edition of Nature Communications.