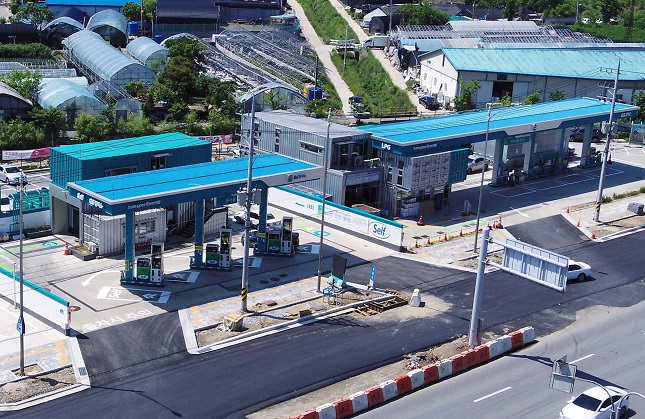 SEOUL, Sept. 15 (Korea Bizwire) — South Korean major oil refiners, which have had difficulty getting out of a loss-making business structure, are stepping into the hydrogen business, which was once regarded as a rival to their core operations.

Since the Ministry of Trade, Industry and Energy suggested the idea early this year, each of the companies started reviewing the feasibility of launching such a business.

After months of review, they are expected to sign a business agreement by the end of this year at the earliest.

The SPC is expected to be established next year with its main business focusing on the establishment of charging infrastructure for hydrogen commercial vehicles such as hydrogen trucks and buses.

Previously, the government unveiled a plan to increase the number of hydrogen charging stations across the country to 450 by 2025 as part of its ‘Green New Deal’ policy.

In tandem with this plan, the major oil refiners have strived to bring their hydrogen recharging services to life.

Industry watchers said that such a move would play a positive role in expanding the nation’s overall hydrogen ecosystem.

In particular, it served as a positive factor that the oil refiners were reborn as hydrogen suppliers with their involvement expected to play a significant role in the development of the hydrogen ecosystem in South Korea.

Unlike their existing business structure in which they lacked hydrogen inventory, they’re now able to cope with the demand for hydrogen charging stations by ramping up their hydrogen production.

“Mobility fuel is evolving from gasoline to electricity and hydrogen,” an official from the Korea Petroleum Association said.