The emergence of the fintech revolution leaves the prospects for the banking industry uncertain. (Image credit: Kobiz Media/Korea Bizwire)

SEOUL, January 30 (Korea Bizwire) – Digital disruption and cutthroat competition are shaking up the banking industry, with thousands of employees making the transition away from financial services jobs that were long considered as some of the most lucrative in Korea.

The emergence of the fintech revolution leaves the prospects for the banking industry uncertain. Indeed, nearly all basic services including sending money are now available online, without having to see a teller, and new business models like Internet banks are threatening to upend the status quo.

Adding insult to injury, the rise of meritocracy as a determiner of wages is sending stress levels soaring for industry veterans. South Korea is expected to see merit-based payroll systems implemented in the industry starting next year.

Apparently, some employees in the banking field could see no easy path forward, and have opted to escape their cushy jobs in search of new opportunities, by applying for ‘voluntary retirement’ packages that offer generous lump-sum severance packages.

KB Kookmin Bank, the largest bank in the country, has reduced its personnel numbers by 20% in about two years, thanks to a voluntary retirement program. According to the bank, about 4,000 employees chose to leave the company as a result of the scheme.

Bankers at KEB Hana Bank have also joined the exodus with 1,400 staff applying for voluntary retirement over the past two years. 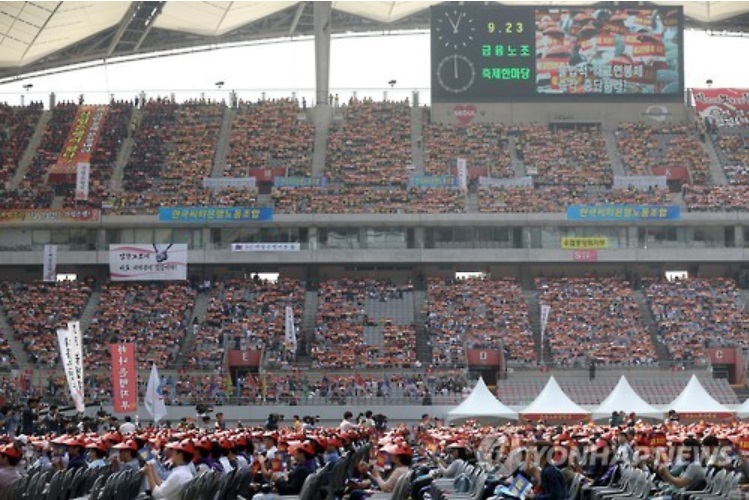 The local banks are determined to introduce performance-based pay scales, even though the move met a strong backlash from employees as the industry union held a general strike last September. (Image courtesy of Yonhap)

As for retirement pay in the voluntary system, mid-level bankers in their 30s or 40s are eligible to receive up to 500 million won (about USD 430,000) depending on their years of service.

Behind the big banks’ encouragement of early retirement for the rank and file lies a sharp awareness of desperate circumstances. Profit margins are rapidly deteriorating and rising labor costs are eating away at what’s left.

This is why banks are determined to introduce performance-based pay scales, even though the move met a strong backlash from employees as the industry union held a general strike last September.

Many bankers complain about their frenetic workload. The increasing burden of additional tasks – primarily secondary functions assigned to spur overall sales – is putting pressure on them.  Bank clerks, for example, have to serve as salespeople to pitch various financial products like mutual funds and life insurance, meaning that they have to invest their time to acquire related licenses to sell the products.

More than anything else, however, some have come to ask themselves the fundamental question about their occupation: Am I suitable and even necessary for this job?

Understandably, their growing skepticism about the future of the financial industry is with good reason. According to a report titled ‘Digital Disruption’ conducted by Citigroup, banking employment worldwide is expected to decline by 30% from 2015 to 2025.

In South Korea, employment in the banking industry has been falling since 2013, with 132,000 jobs reported as of the end of the first half of 2016. And this declining momentum is likely to accelerate as more and more employees take advantage of voluntary retirement offers.

Automated systems harnessing evolving technology developments such as artificial intelligence (AI) and robotic processes are likely to replace many of the roles of human employees.

In a nation where the ‘mobile first’ trend is sweeping through nearly every field, the need for flexibility and immediacy in terms of offering banking services will be on the rise, making workforce optimization an increasingly important challenge for banks to master in order to survive.

Seismic changes in the financial industry are no longer worries of the distant future. A big shift is already under way, with the next wave of changes spreading to other areas. 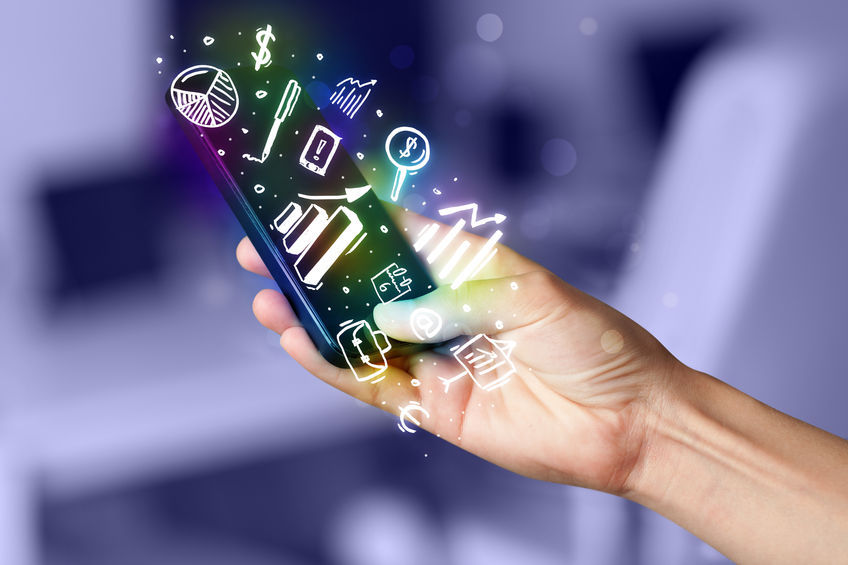 Understandably, their growing skepticism about the future of the financial industry is with good reason. According to a report titled ‘Digital Disruption’ conducted by Citigroup, banking employment worldwide is expected to decline by 30% from 2015 to 2025. (Image credit: Kobiz Media/Korea Bizwire)