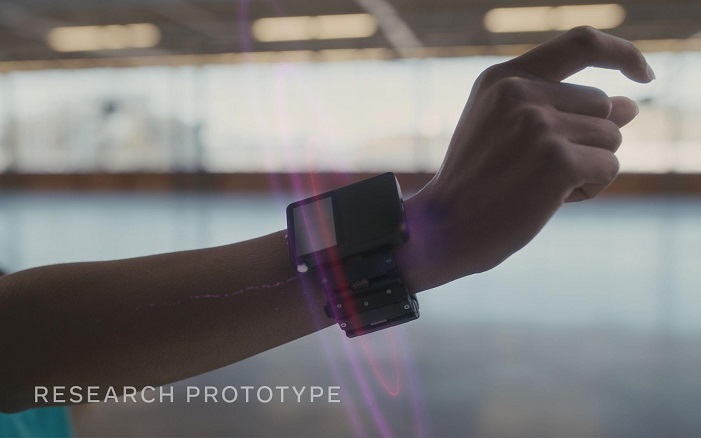 This photo provided by Facebook Inc. shows its AR-powered wristband which is currently under development.

DAEJEON, March 26 (Korea Bizwire) — Computer-generated designs for products such as virtual keyboards and smart wristbands are set to be regarded and protected as intellectual properties, the patent office said Thursday.

A revision of the Design Protection Act that focuses on the protection of computer-generated graphic design passed the National Assembly on Thursday, according to the Korean Intellectual Property Office.

Under the revised law, the online transmission of such designs will be regarded as a usage behavior. This would enlarge the concept of design usage that has been limited to offline transactions in the market, towards including online transmission.

In the meantime, a revision of the Invention Promotion Act also passed the National Assembly, clearing the way for returning the right for an invention related to job duties back to the inventor if the concerned universities or public research institutes give up such rights.