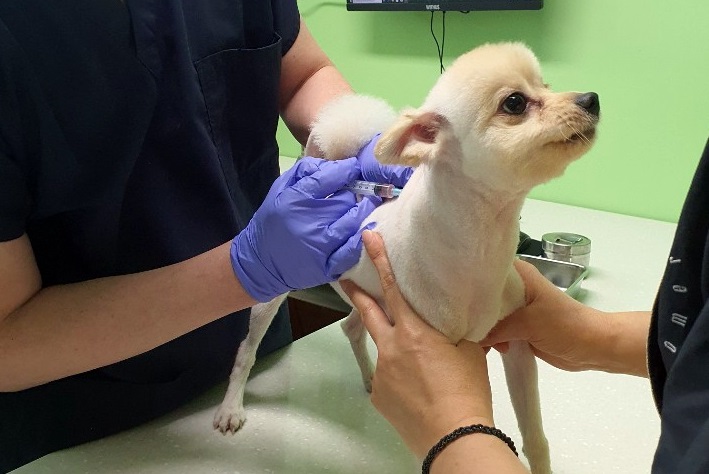 A dog receives treatment at an animal shelter in Chuncheon, 85 kilometers northeast of Seoul, in this file photo taken May 20, 2020. (Yonhap)

SEOUL, Dec. 3 (Korea Bizwire) — Amid a growing number of medical disputes over the treatment of pets, some Korean pet owners are saying that the issuance of medical diagnosis records for pets should be mandatory.

Unlike general doctors who are obliged to issue medical records of diagnosis under current laws, veterinarians have no such obligations.

Previously, the National Assembly attempted to revise the system by amending the Veterinarian Act, but the attempt ended in failure due to strong opposition from veterinarians. The biggest reason behind their strong opposition is the concern about abuse of medicines.

If it becomes mandatory to issue the medical diagnosis records that may contain detailed information on treatment process and the types of medicines used, it could drive some pet owners towards abusing medicines via self-diagnosis.

The Veterinary Medical Association claimed that unlike medication for humans, drugs for pets can be purchased easily at drugstores without a prescription.

“If the medical records of diagnosis are open to the public, some pet owners could attempt to treat their pets by themselves based on the previous records, which would shake up the veterinary medical system,” an official at the association said.

“Even if pet owners know what medicines are used through the medical records of diagnosis, many of them cannot be purchased without a prescription from a veterinarian. Accordingly, the risk of drug abuse is not high.”