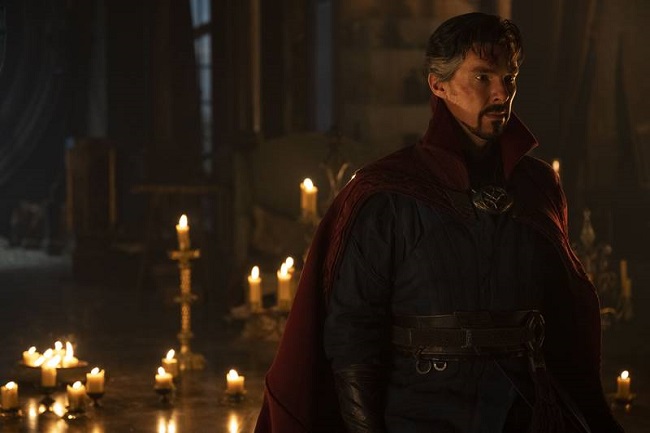 This image provided by Walt Disney Company Korea shows a scene from “Doctor Strange in the Multiverse of Madness.”

The latest Marvel Studios’ flick hit the milestone at 7:20 a.m., on the 13th day of its theatrical release in South Korea, according to the official box-office data from the Korean Film Council (KOFIC).

Starring Benedict Cumberbatch and Elizabeth Olsen, the sequel to “Doctor Strange” (2016) is about Dr. Stephen Strange’s adventure against a terrible threat that looms over humanity and the entire universe throughout the Multiverse.

It is the first blockbuster action film that has been released in South Korea since the country lifted nearly all social distancing restraints last month.

South Korea is famous for its love of superhero movies, as many Marvel franchises have topped the local box office, including “Avengers: Endgame” (2019), which is the largest foreign movie hit ever in the country with 13.9 million attendees.

The first installment of the “Doctor Strange” series sold about 5.45 million tickets.