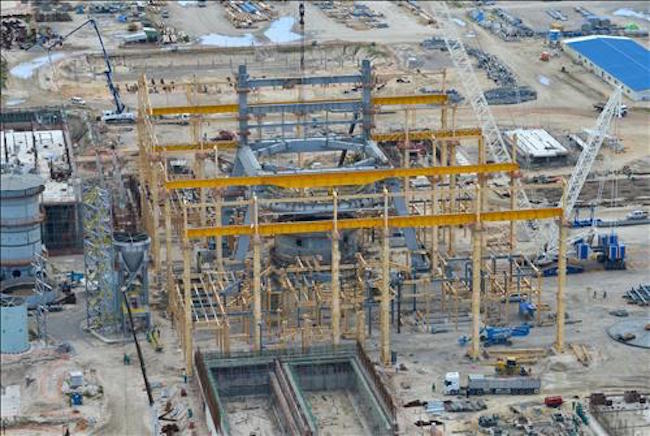 Earlier this month, U.S. President Donald Trump signed off on an executive order to impose 25 percent tariffs on steel imports, excluding those from Canada and Mexico. The move will go into effect next Friday.

“We have temporarily halted U.S. exports until the tariffs are finalized,” Jang Sae-wook, chief executive and vice chairman of Dongkuk Steel, told an annual shareholders meeting. “We will respond to market situations after consultation with American customers on how to share those tariffs.”

In a pre-emptive move to minimize the fallout from Washington’s tariff imposition, Dongkuk Steel has lowered the portion of U.S. exports to sales to around 4 percent, while stepping up efforts to ship products to the European Union and other markets.

Dongkuk Steel announced the decision to suspend U.S. exports Thursday, citing variables, such as the South Korean government’s negotiation with the U.S. on the tariff issue.

Seoul has called on the Trump administration to exempt it from the steep tariffs, citing close economic and security ties, but it was not included in the initial list of exemptions.

South Korea’s trade ministry said it will hold close consultation with its U.S. counterpart to get an exemption or exclude some products from the high duties.

Dongkuk Steel is widely expected to resume exports of its products to the world’s largest economy after its discussions with U.S. clients.