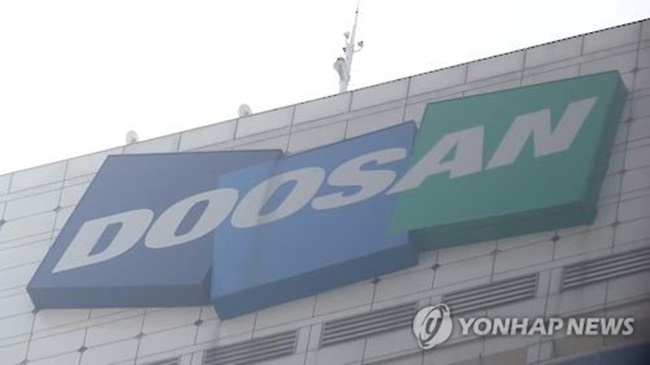 “This year, key Doosan affiliates are forecast to post improved earnings this year, and we will strive to meet our goals,” Doosan Corp. vice chairman Lee Jae-kyung said at a shareholder meeting.

The executive said Doosan Heavy Industries & Construction Co., the country’s top power equipment maker, will rack up 7 trillion won (US$6.25 billion) in sales this year, up more than 10 percent from a year earlier.

Doosan Infracore Co., the No. 1 construction equipment maker, is also presumed to see a 6 percent rise in its sales at 6.1 trillion won, he said.

“We will continue to make efforts to expand our market share and maintain our role as a market leader,” Lee said.

Doosan’s key affiliates stood out last year on the back of efforts to cut costs and increase sales.

All of the group’s affiliates, except for its newly launched duty-free business, posted profits in 2016, with combined sales of 16.41 trillion won, operational profit of 917.2 billion won and net profit of 50.4 billion won.

Doosan Heavy and Doosan Infracore both succeeded in a red-to-black turnaround in operating income. Doosan Heavy shed 4 percent in sales from the previous year but managed a 818.5 billion-won jump in operating profit to rebound from its 27 billion-won loss the year before.