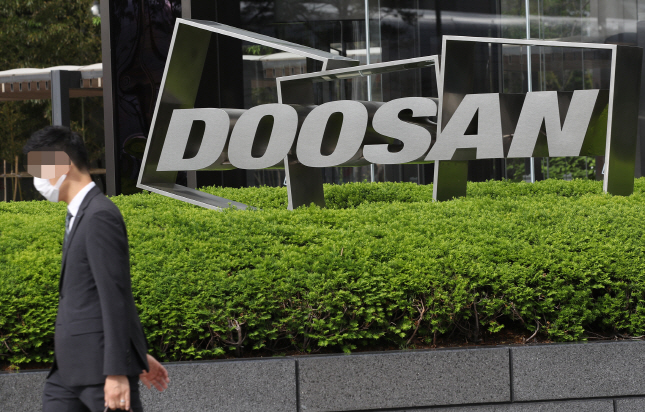 SEOUL, May 25 (Korea Bizwire) — Heavy machinery and power equipment-focused Doosan Group is seeking to ease its severe credit squeeze stemming from its flagship Doosan Heavy Industries & Construction Co. by coming up with a self-rescue plan that centers on sales of assets.

The country’s 15th-largest conglomerate said late last month that it will push ahead with a plan to sell its shares and non-core assets in a bid to secure more than 3 trillion won (US$2.4 billion) in cash.

At the request of its creditors, including the Korea Development Bank (KDB) and the Export-Import Bank of Korea (Eximbank), Samil PricewaterhouseCoopers, a South Korean accounting firm, has been vetting the books of the group’s affiliates to decide the direction of the final self-rescue plan.

Among the group’s affiliates, Doosan Solus Co., a South Korean copper foil maker for electric vehicles, and Doosan Fuel Cell Co., a power generator maker, have been reported to be on the list for sale.

After the announcement of the self-rescue plan, main creditors KDB and Eximbank accepted the plan and decided to extend credit worth 80 billion won to the group.

Earlier, the creditors provided the cash-strapped group with 1.6 trillion won, but the group failed to overcome its liquidity shortage.

The group intends to reveal concrete plans to get back on track and to start the plans no later than May.

This file photo shows workers of Doosan Heavy Industries & Construction Co. taking to the street on May 21, 2020, to protest the company’s paid suspension. (Yonhap)

An extended slump at Doosan Heavy has been cited as the main reason for the group’s credit squeeze.

Doosan Heavy posted accumulated net losses worth 2.68 trillion won from 2014 through 2019. In the January-March period, the company’s net loss came to 371.4 billion won due to one-off costs.

It has been widely said that Doosan Heavy suffered setbacks in business as the country shifted its energy policy away from nuclear and fossil fuel-based power generation to renewable energy sources, such as solar power.

The outbreak of the new coronavirus and the poor performance of its construction affiliate, Doosan Engineering & Construction Co., also dealt a harsh blow to Doosan Heavy.

About 750 employees have left the top power maker under the voluntary resignation program since March.

Doosan Heavy’s labor union held a rally on May 21 in Changwon, about 370 kilometers southeast of Seoul, where the company is headquartered, to protest the company’s steps to cut jobs, saying the management pushed ahead with the paid suspension without talks with workers.

The creditors are slated to map out a plan to normalize the cash-strapped group as soon as the vetting of the books of the group affiliates is completed.