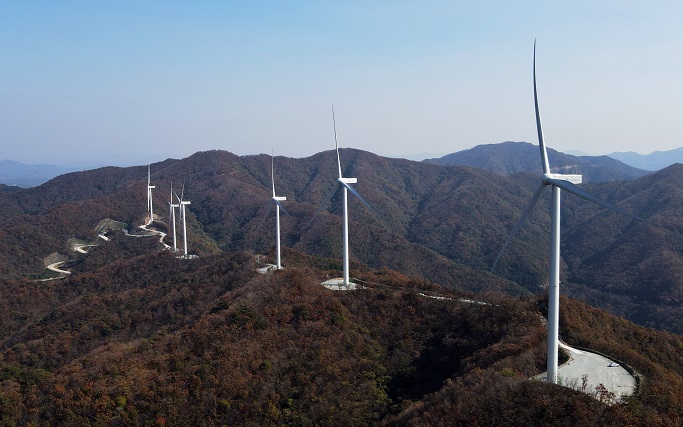 A wind farm built by Doosan Heavy Industries & Construction Co. in Jangheung, about 400 kilometers south of Seoul, is seen in this photo provided by the power plant builder on Nov. 4, 2021.

The six 3-megawatt wind turbines built in Jangheung, about 400 kilometers south of Seoul, could generate enough electricity to power about 12,000 four-member households per year.

The latest move came as South Korea has pushed to boost the supply of power from clean and renewable energy sources while weaning the country off nuclear and coal-fired plants.