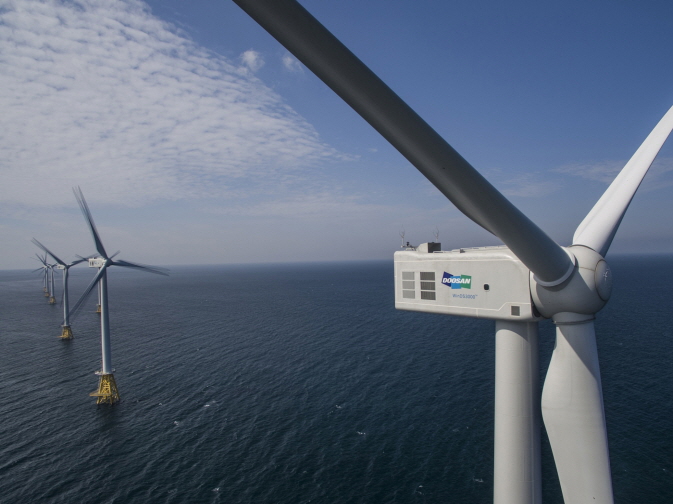 SEOUL, Oct. 25 (Korea Bizwire) — Doosan Heavy Industries and Construction Co. (DHIC) is transferring employees to other subsidiaries and considering putting staff on paid leave as the company has been suffering from poor performance.

The company announced on Wednesday that it is looking into the possibility of sending employees over to Doosan Corporation, Doosan Infracore Co., or other affiliates.

Doosan has often sent employees across subsidiaries for business purposes. This time, however, the aim is to reduce labor costs.

The company is also considering plans to send employees on paid leave. The duration and scope of the leave, however, have yet to be determined.

DHIC has been struggling from deteriorating business.

In particular, a stagnating global power plant market and the South Korean government’s policy against nuclear and coal energy have taken a toll on DHIC’s bottom line, while increasing the company’s financial burden.

Last year, the company reported 5.7 trillion won in sales and 190 billion won in operating profit, down by 7.4 percent and 33.8 percent, respectively, compared to the previous year.

DHIC generated sales of 1.9 trillion won and 138 billion won in operating profit in the first half of this year, which were 8.6 percent and 3.9 percent lower, respectively, than last year.

Short-term borrowings, in the meantime, reached as much as 2.9 trillion won as of June.

The company’s downturn has led DHIC to integrate multiple business groups for better flexibility and cut down on expenditures company-wide.

“The power plant market has been slowing down both domestically and internationally, which has put DHIC at risk,” said a source affiliated with the company.

“As stagnation continues, various plans are on the table to improve business environment.”