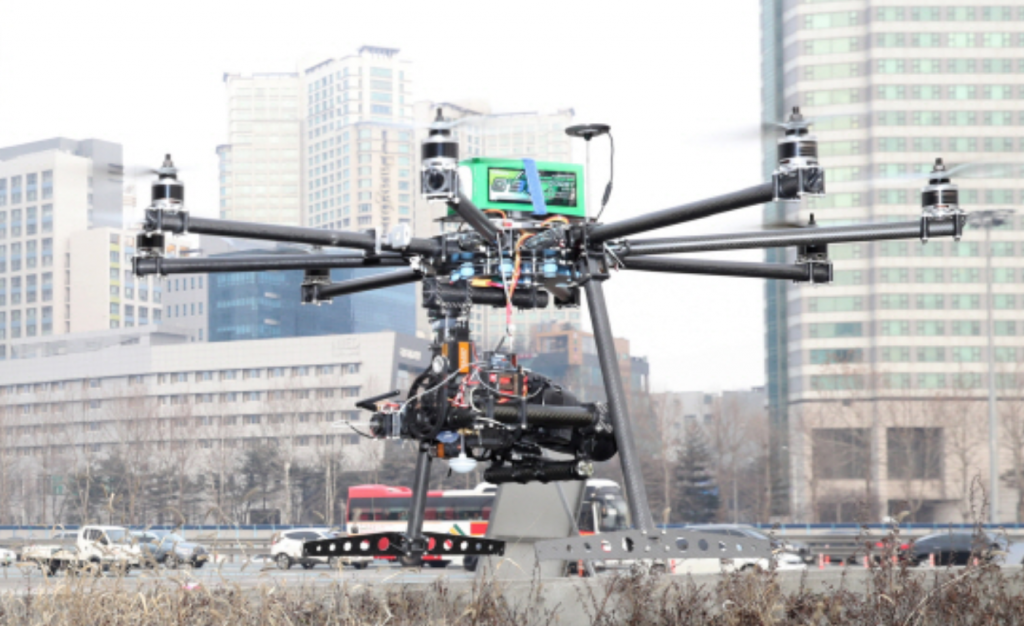 Equipped with a 36.3-megapixel camera, the drones weigh around 5 kilograms each, and hover 25 to 30 meters above ground. (image: Yonhap)

SEOUL, March 9 (Korea Bizwire) – Starting March 11, the Korean National Police Agency is deploying drones on South Korea’s key highways to curb traffic violations including DUI, reckless or revenge driving, and other “selfish” driving routines such as driving on the shoulder.

The new initiative is a part of the agency’s special crackdown operation that took off last month, which will continue until May 17, said officials, and the drones will be provided by the Korea Expressway Corporation.

Equipped with a 36.3-megapixel camera, the drones weigh around 5 kilograms each, and hover 25 to 30 meters above ground. The agency first introduced UAVs for traffic control during this year’s Lunar New Year holiday.

In addition to the drones, a dozen police helicopters will also be on the lookout for unruly drivers, while 21 undercover police cars provide back-up support from the ground.

These vehicles, first introduced in early 2016, look exactly like other passenger vehicles on the road, but have police logos on the doors and the hood. The light bar and the siren are installed inside or under the vehicle.

The cars have contributed to bringing down the number of traffic violations on highways as well as accidents, according to police data.