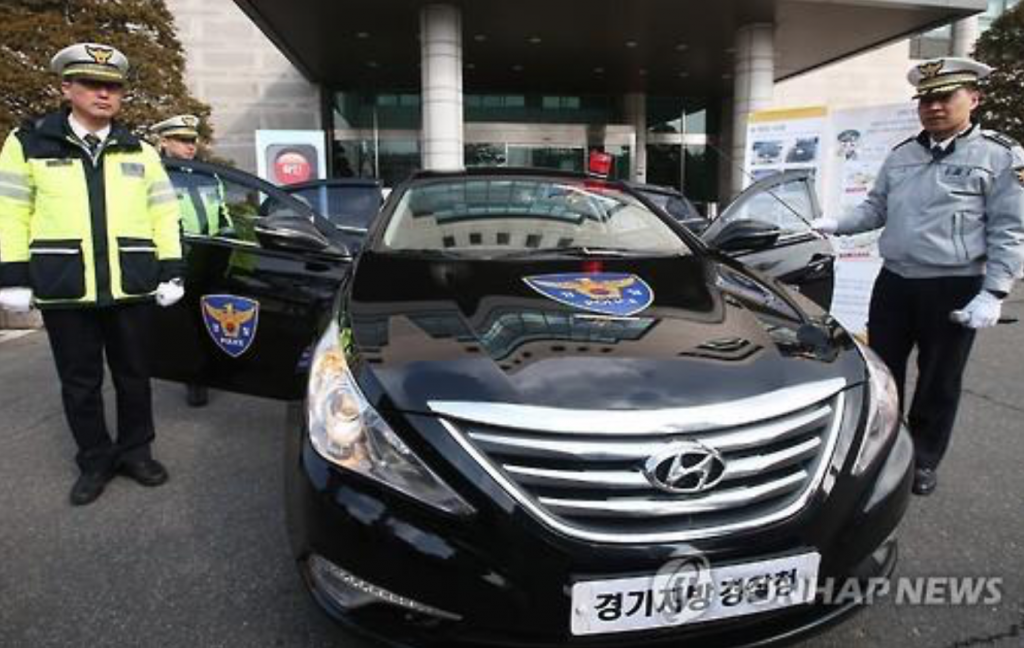 The cars, introduced in early 2016, look just like any other passenger vehicle on the road, although police logos are displayed on the doors and the hood. The light bar and the siren are installed inside or under the vehicle, with officials only making their presence known when they detect traffic violations.

According to the Gyeonggi Nambu Provincial Police Agency, undercover vehicles detected over 10,000 traffic violations last year, with some 8000 of the cases related to breaking traffic lane regulations. The agency added that officials arrested seven reckless drivers and 37 wanted criminals using the vehicles. 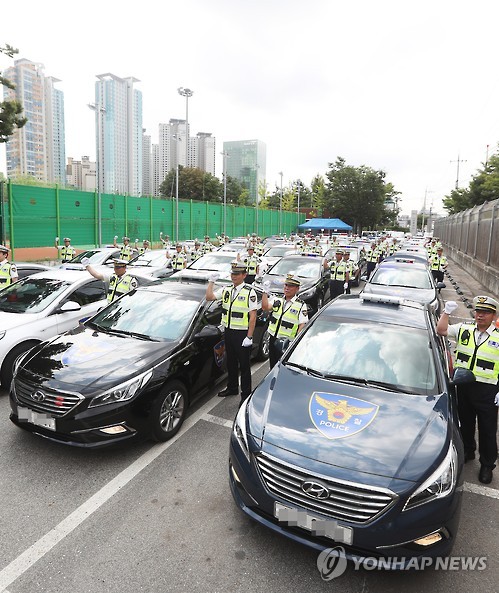 The new project has also encouraged drivers to abide by traffic rules even when police officials are not on site.

The number of traffic violations caught by the agency’s traffic cameras came in at 100,226 last year, which was a 14.2 percent drop from the 116,813 in 2015. The death toll from traffic accidents fell from 42 to 37, while only four major accidents resulting in at least 20 casualties took place compared to eight in 2015.

With the successful results at hand, the agency plans to continue its crackdown of traffic violators this year using the Amhaeng vehicles on 11 expressways under its jurisdiction.

“Our goal with the undercover patrol cars was to condition drivers to follow the rules of the road, which we believe we’ve been successful at so far,” said an official. “The declining number of violations caught by our cameras and the lower death toll of last year prove the effectiveness of the vehicles.”