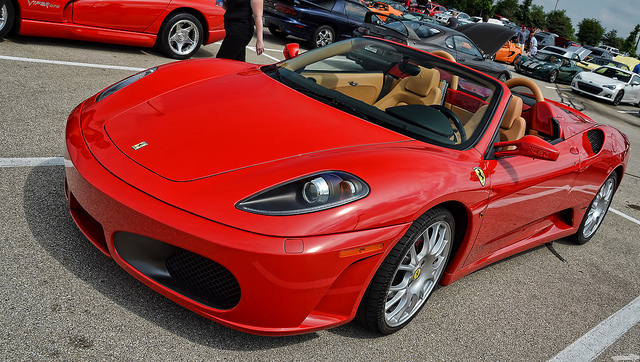 The Ferrari sleeper climbed up on the soft roof of his neighbor’s Ferrari and slept naked. (image: Chad Horwedel/flickr)

SEOUL, May 20 (Korea Bizwire) — A Korean man in his thirties, charged with damaging the soft top of his neighbor’s Ferrari Convertible while sleeping on it when drunk, will escape criminal penalties as the Suwon District Court has ruled against the Ferrari owner who requested compensation for damages, saying that the soft top was undamaged.

The Ferrari sleeper arrived at his apartment’s underground parking lot on September 3, 2014. He climbed up on the soft roof of his neighbor’s Ferrari and slept naked.

The man was arrested by the police two hours later. The Ferrari owner the filed a compensation motion to the court, with an estimate that repair costs would reach 129 million won (US$ 118,290).

However, the court conducted its own examination on the car at a repair shop and concluded that the soft top of the car was actually not damaged at all.

The Court Citizen Committee, Korea’s version of a jury system, also found that the defendant could not be held responsible for damage that does not exist.