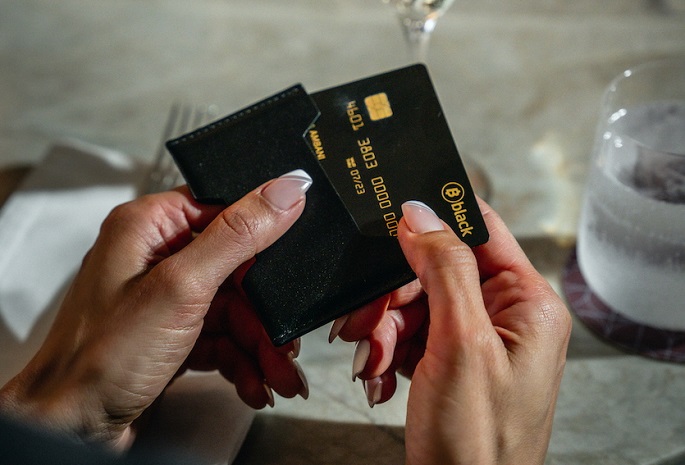 MIAMI, July 22 (Korea Bizwire) — The bitcoinblack community, which is limited to 10,000 members globally, today announces it is taking applications for their waitlist. According to company executives, the move is in response to growing demand from community members eager to become an exclusive bitcoinblack credit card holder.

bitcoinblack members all receive the world’s only no-limit, all-metal, black crypto credit card. Exclusive membership benefits also include access to the bitcoinblack mansion located in Turks & Caicos, private jet bookings, admission to 1,300+ airport lounges worldwide, and usage of the bitcoinblack crypto exchange. Members also have the ability to earn bitcoinblack’s official reward token known as SPEND ($SPND), which can be redeemed for admission to some of the world’s most luxurious private events curated by Haute Living Magazine.

Seasoned crypto investor and bitcoinblack CEO, Prakash Chand, said, “The rollout of applications for the waitlist is a really important step in building the bitcoinblack community, which ultimately will have an intimate membership of VIPs globally.”

bitcoinblack also announced a partnership with Haute Living to create the Haute Living Luxury Marketplace, which will launch on Sept. 15, 2022. bitcoinblack members will be able to redeem their SPEND tokens for one-of-a-kind premium rewards and experiences available in the marketplace.

The marketplace will be exclusive to bitcoinblack members and will include limited edition luxury cars, watches and clothing in addition to Haute Living events not available anywhere else.

“Our community is very excited about the marketplace and the exclusive ‘once-in-a-lifetime’-type experiences that they will have the ability to access with their SPEND tokens,” said Kamal Hotchandani, Chief Luxury Officer of bitcoinblack and Founder of Haute Living. “Members know from our reputation that they can expect the best in premium events and other luxe rewards.”

Now that the waitlist is open, anyone interested in joining the bitcoinblack waitlist can do so via bitcoinblackcreditcard.com. Applicants who are referrals from an existing member will receive priority.

bitcoinblack is the world’s most exclusive crypto-powered black credit card. Backed by the cardholder’s bitcoin and other major cryptocurrencies, bitcoinblack opens up a world of freedom and luxury that includes high-limit purchases and opulent members-only rewards powered by the $SPND token.