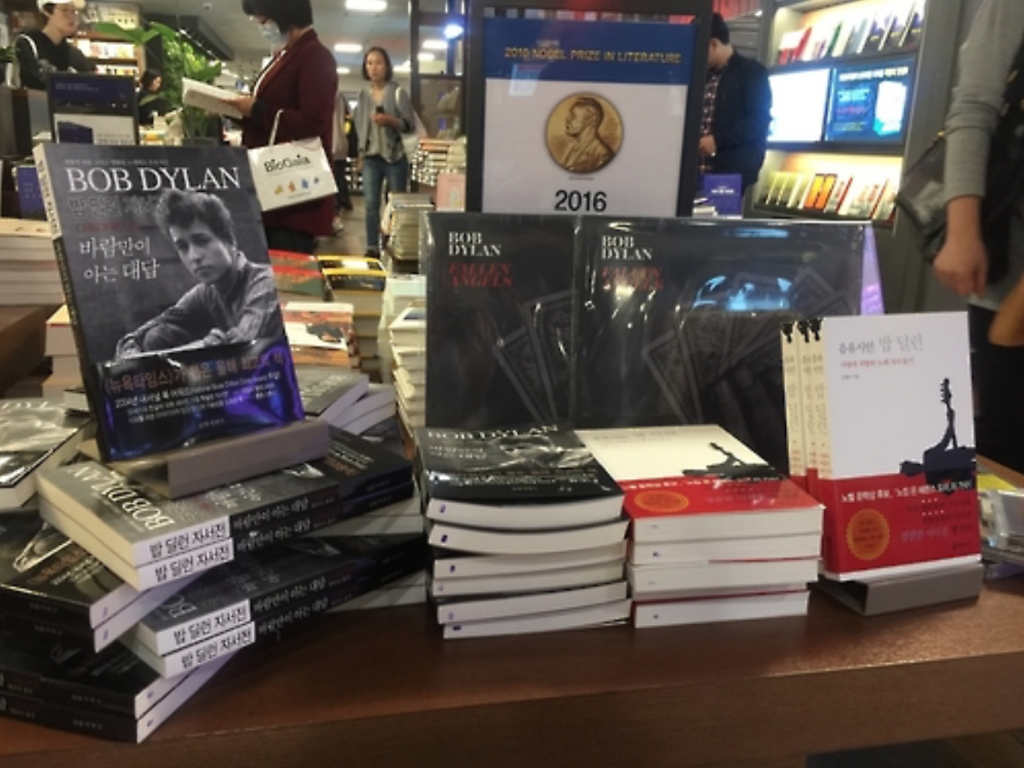 With the book’s sudden popularity at hand, local publisher MunhakSegyeSa has even decided to print an additional 10,000 copies. (image: Kyobo Book Centre)

SEOUL, Oct. 17 (Korea Bizwire) – Rock and Blues legend Bob Dylan has shown that music is also worthy of literature’s highest honor, the Nobel Prize, and it is now attracting Korea’s nostalgic consumers, largely in their 40s and 50s, for a trip down memory lane.

According to online bookstore Yes24, 294 copies of Dylan’s autobiography Chronicles: Volume One were sold since the prize’s announcement on Thursday (as of Saturday), quickly becoming the bestseller in the store’s Arts category. Only a single copy of the book had been sold over the thirty-day period prior to Thursday’s announcement.

The autobiography didn’t fall behind any of the former Nobel literature prize winners either. Since 2010, only Alice Munro’s (2013 laureate) Dance of the Happy Shades (522 copies) and Patrick Modiano’s (2014 laureate) De Si Graves Garçons (451 copies) were books that sold more than Dylan’s memoir over the three-day period following the prize’s announcement.

With the book’s sudden popularity at hand, local publisher MunhakSegyeSa has even decided to print an additional 10,000 copies. 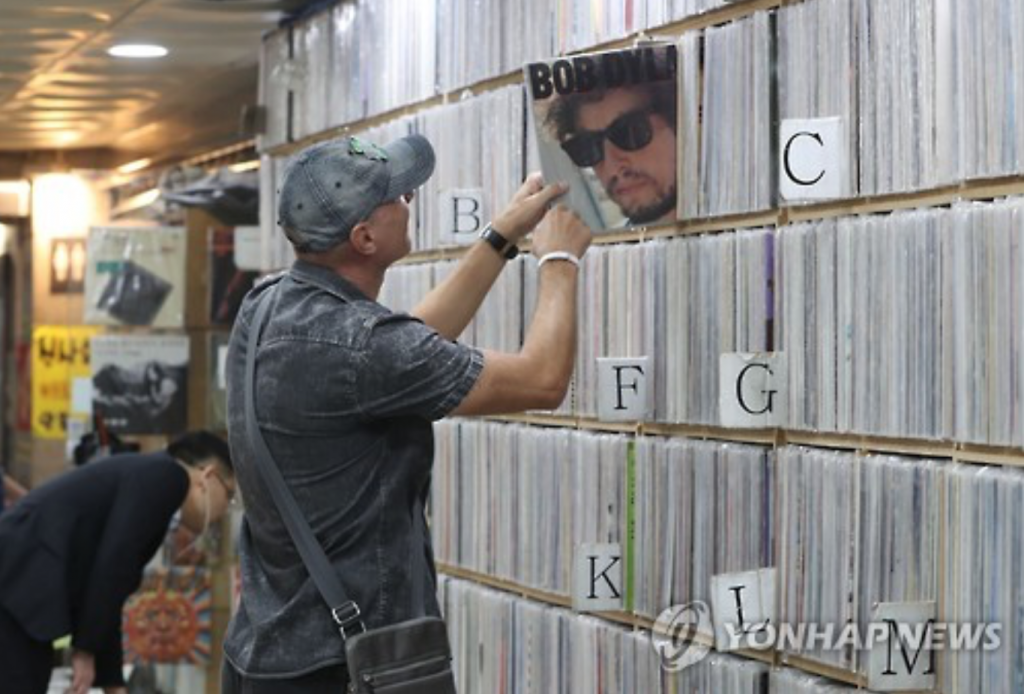 Dylan’s albums have also been increasingly sought after, with 211 copies sold over the three-day period, after only six were sold in the previous thirty days (September 13 – October 12).

The Real…Bob Dylan – The Ultimate Bob Dylan Collection led sales with 82 copies, followed by The Freewheelin’ Bob Dylan (54), both of which are now leading the Pop category at Kyobo as bestsellers.

Consumers in their 40s and 50s made up the majority of those seeking the bygone Dylan merchandise, as 34.7 percent of those who purchased Chronicles: Volume One were in their 40s, followed by those in their 30s (22.7 percent) and 50s (20.8 percent).

“Bob Dylan is an extremely popular figure with dozens of hit songs, and is setting an unusual sales record with his autobiography,” said a Yes24 official. “The popularity of his book and albums will likely linger for a while.”