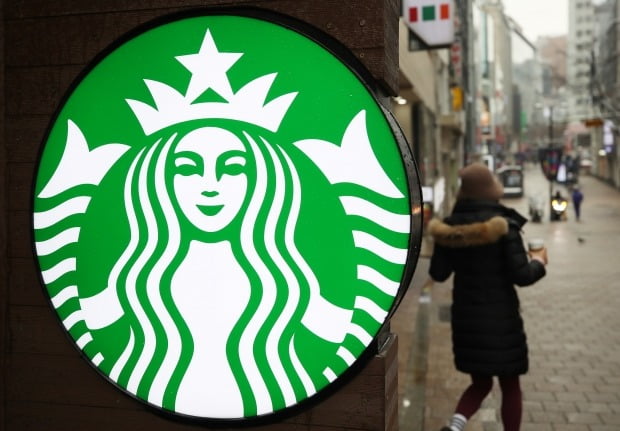 This file photo shows the logo of Starbucks Coffee. (Yonhap)

Shinsegae Group, the parent of E-Mart, said it has decided to purchase the additional stake to seek new growth for the coffee franchise in the local market.

Starbucks Coffee Korea, which opened its first store in Seoul in July 1999, had 1,500 stores across the nation as of the end of December last year.

Starbucks Coffee Korea posted its best performance in 2020 since its debut here, with sales flirting around 2 trillion won.

Concerning rumors of Starbucks Coffee Korea’s listing on the local stock market, a Shinsegae official said the stake purchase contract doesn’t include a clause on the coffee chain’s bourse debut.