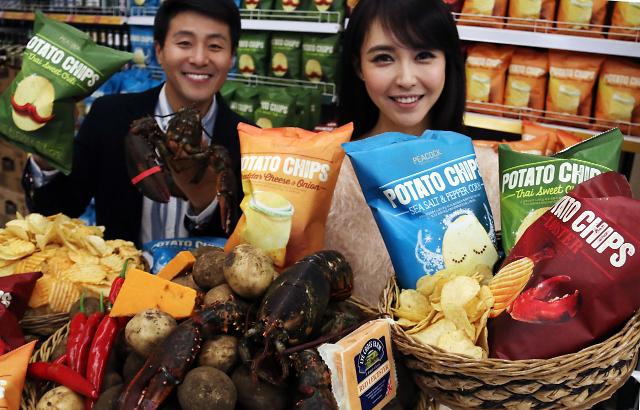 The lobster-flavored Peacock Premium Potato Chip is based on real lobster meat imported from America. The cheddar & onion flavor offers a unique taste mixed with cheddar cheese from the Netherlands and the United States and Korean-grown onions. In order to develop the new product, E-Mart has worked with Haitai Confectionery to investigate the world’s potato chip markets and benchmarked the flavors of a British premium potato chip.

Recently the 190-billion-won potato chip market has seen a sea change in consumer taste away from the conventional salty flavor to unusual flavors like soy sauce, butter, and beef ribs. E-Mart reported that its sales of conventional potato chips this year has declined 10 percent while those of unique-flavored ones increasing about 35 percent. 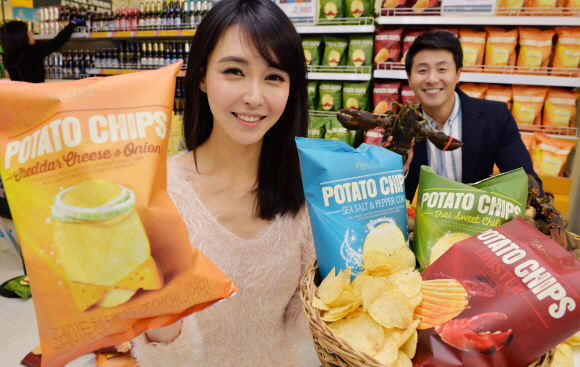 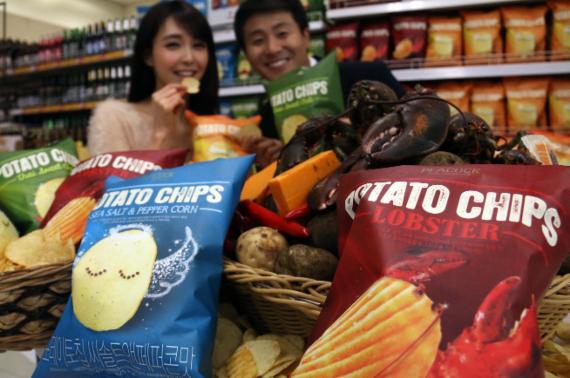