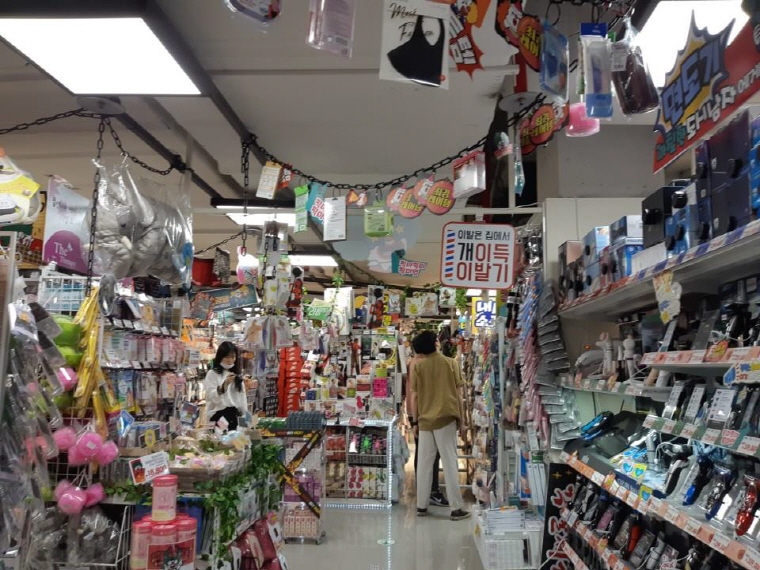 The 2,513-square-meter store, Pierrot Shopping, will open to the public at the Convention and Exhibition Center (COEX) in Seoul on Thursday, handling some 40,000 items ranging from electronic appliances to luxury goods and adult supplies, according to the company.

“From the commodities we deal with to the consumer circulation, Pierro Shopping is totally different from E-Mart,” You Jin-chel, Pierrot Shopping’s brand manager, said during a press conference in Seoul, referring to the company’s flagship hypermarket chain.

Instead of focusing on convenience, the new outlet benchmarked Japan’s Don Quijote in stocking items from floor-to-ceiling with entertainment and shopping experience as key factors.

E-Mart plans to open two more Pierro Shopping outlets in Seoul this year with the aim of making them must-visit places for not only South Koreans, but also foreign tourists, the company said.