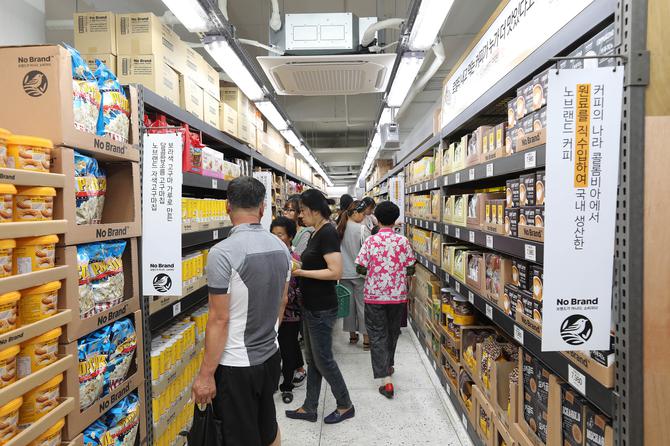 SEOUL, Oct. 25 (Korea Bizwire) — E-Mart Inc., South Korea’s largest discount chain operator, said Wednesday it will open another store inside a traditional market in Seoul later this year, as it attempts to meet growing calls for a mutual growth with mom-and-pop shops.

E-Mart’s No Brand, a chain dedicated to selling its private-label products under that name, will open at Kyungdong Market in December, according to the company.

The retailer currently operates three similar stores nationwide after opening the first one in Dangjin, 100 kilometers southwest of Seoul, in August last year. Another No Brand store is scheduled to open Monday in Hangeul Market in Yeoju, 100 km southeast of the capital, it said.

The business model is gaining attention at a time when conventional markets in the country are on a steady downturn, with many losing consumers to giant retailers.

At the new store in Kyungdong Market, E-Mart will focus on selling processed foods and will not sell fresh foods in order to not steal customers from the local vendors, the company said.