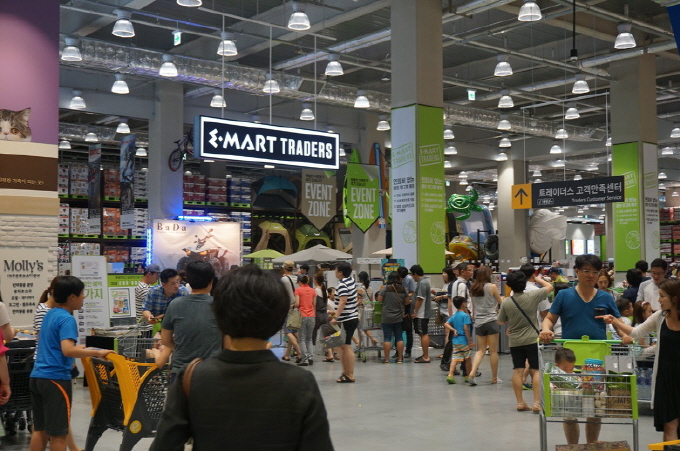 It marked the first time that E-Mart recorded an operating loss since it spun off from retail giant Shinsegae Group in 2011. (image: Yonhap)

The company said it plans to securitize its outlets worth 1 trillion won by the end of the year and buy back its stocks worth some 100 billion won to boost shareholder value.

The measures came as the country’s leading discount chain operator swung to the red in the second quarter of the year for the first time in its history.

The company said its net losses reached 26.6 billion won in the April-June period on a consolidated basis compared with a net profit of 94.8 billion won a year ago, amid growing competition from online shopping rivals and e-commerce giants.

It marked the first time that E-Mart recorded an operating loss since it spun off from retail giant Shinsegae Group in 2011.