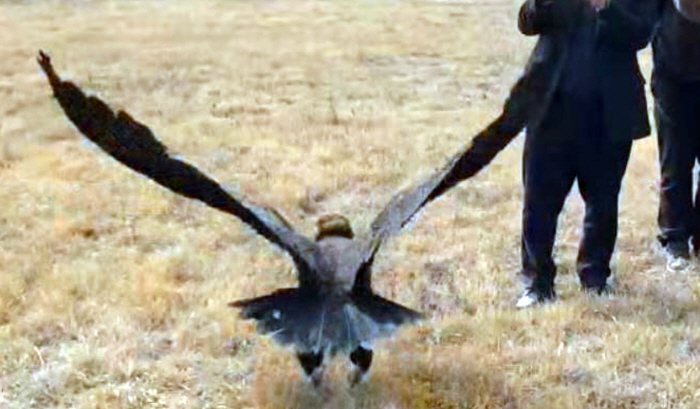 GUNSAN, Mar. 5 (Korea Bizwire) — An eagle that was intoxicated with pesticides has safely returned to the wild after receiving treatment.

According to the Chonbuk Wildlife Rescue and Conservation Center, an eagle was found outside Singichon Village in the city of Gunsan, North Jeolla Province last month.

At the time, the eagle could not stand or fly.

Medical tests showed that the eagle had been intoxicated with pesticides after feeding on an unknown contaminated substance.

“We are responsible for returning eagles, owls, and other endangered wild species to their homes,” said Han Jae-ik, director of Chonbuk Wildlife Rescue and Conservation Center.

“We strive to tell the world about the importance of conserving nature by releasing wildlife back into their natural habitat, and creating an environment where humans and wildlife can coexist.”