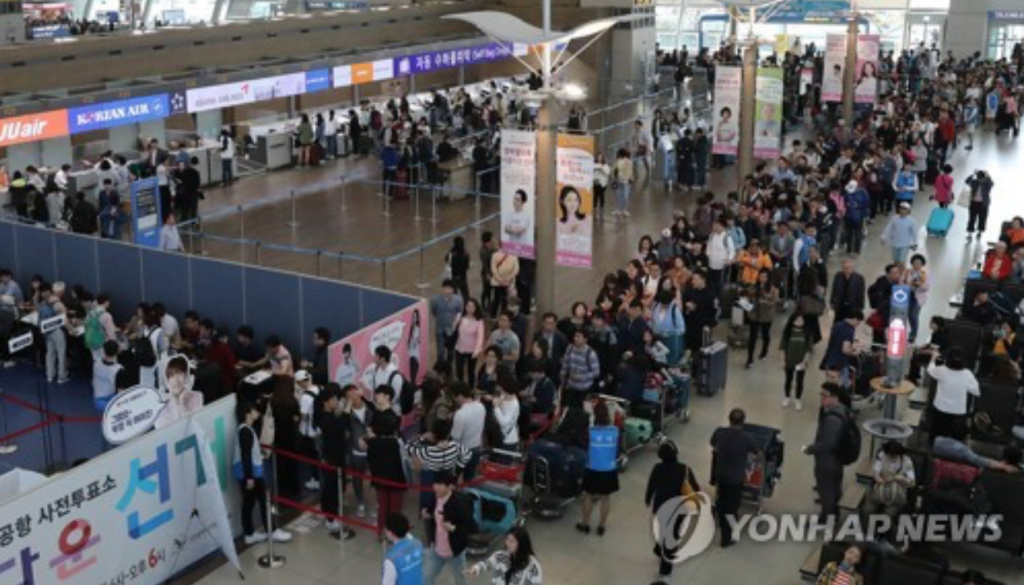 Dozens of people stand in lines at Seoul’s Incheon International Airport on May 4, 2017 to cast their ballots in early voting for the upcoming presidential election before embarking on trips over the three-day Children’s Day weekend. (image: Yonhap)

SEOUL, May 4 (Korea Bizwire) – Hundreds of thousands of South Koreans cast their ballots Thursday in advance voting for the presidential election set to be held next week, the election watchdog said.

Over 1 million voters have voted as of 10:30 a.m., according to the National Election Commission (NEC), with many more expected to follow before the two-day voting period ends at 6 p.m. Friday. There is a 12-hour overnight break starting from 6 p.m. Thursday.

It marked the first early voting for a presidential election as the system was introduced in 2014 as a way of boosting voter turnout.

Unlike absentee voting that only allows those likely to be absent on election day to vote in advance, early voting allows any eligible voter to do so regardless of reason.

Over 42.4 million people are eligible to cast ballots in the upcoming election, marking the largest number of voters in the country’s history, the NEC noted earlier.

NEC officials and local observers believe the early voting system may help raise the overall turnout by about 4 percentage points, citing a similar number of people who failed to cast their ballots in previous presidential elections but said they would have done so had they been allowed to vote in advance. 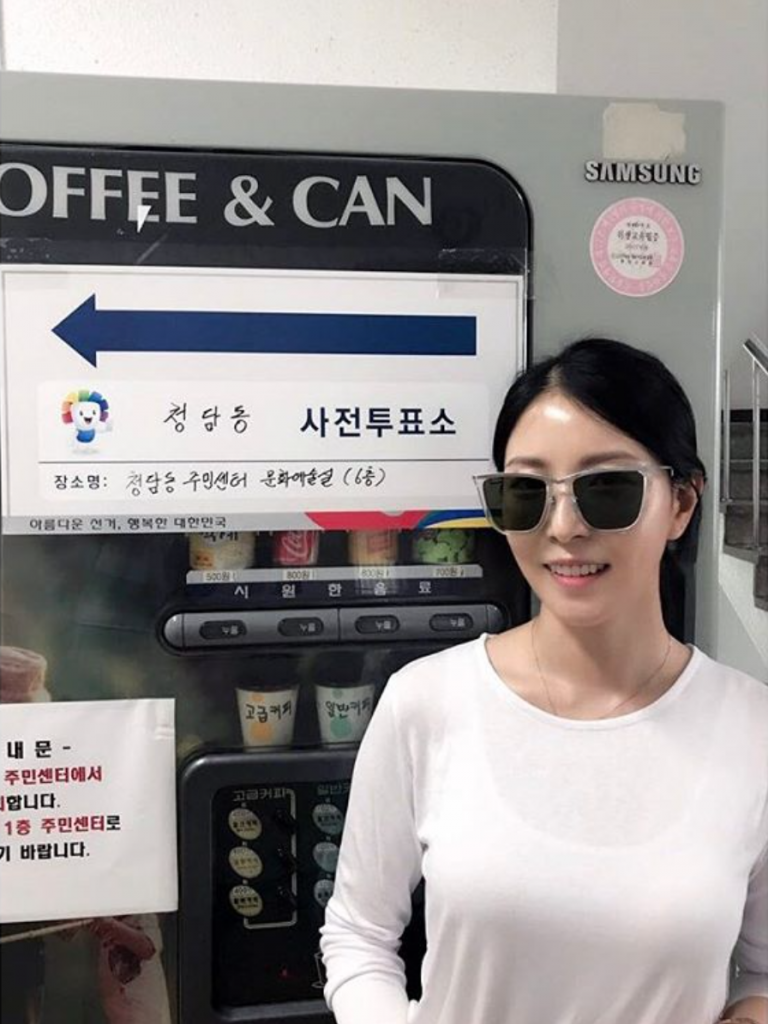 Many believe the upcoming election may see a high turnout rate of around or over 80 percent, helped by the first-ever early voting and a two-hour extension in voting hours on election day slated for Tuesday.

The upcoming election marks a rare presidential by-election caused by the March 10 ouster of former President Park Geun-hye over corruption allegations that have also led to her arrest and formal indictment.

Voting hours in by-elections are extended by two hours to 8 p.m. to allow those unable to take the day off to vote after getting off work.

But unlike local and assembly by-elections that elect replacements who only serve the remainder of their predecessors’ terms, the presidential by-election will only mean an early election to fill the now vacant top executive office with the single five-year term of the next chief executive starting immediately following his or her election.

To help further boost voter turnout, the election commission said it has also set up polling booths at major ports, including the Incheon International Airport and Seoul’s major train stations, in anticipation of people going away on trips over the three-day weekend created by Children’s Day that falls on Friday.

Absentee voting for people with disabilities and those away from the country aboard ships has been held since Monday and was set to end later Thursday. A six-day voting period for voters staying overseas was held late last month.

All votes cast in advance will be kept sealed with those locked overseas to be brought here for official counting following the end of the presidential election on Tuesday, the NEC has said.

The election watchdog is also seeking to boost the turnout rate of Internet-savvy voters, allowing online posts of photographs confirming their participation in the election for the first time.

Previously, posting such photos had been prohibited out of concern over possible election law violations. The NEC said pictures showing actual ballot papers will continue to be banned, along with pictures of other people at polling stations with possible publicity issues.

Currently, 13 hopefuls are vying for the presidential office after two candidates dropped out of the race.

The latest poll on the presidential election published Wednesday showed Moon Jae-in of the liberal Democratic Party in the lead with 42.4 percent, followed by two runner-ups — Ahn Cheol-soo of the center-left People’s Party and Hong Joon-pyo of the former ruling Liberty Korea Party — who were tied at 18.6 percent.

The other major candidates included Sim Sang-jeung of the progressive Justice Party, who in the latest poll stood in fourth place with 7.3 percent, and Yoo Seong-min of the splinter conservative Bareun Party with 4.9 percent.