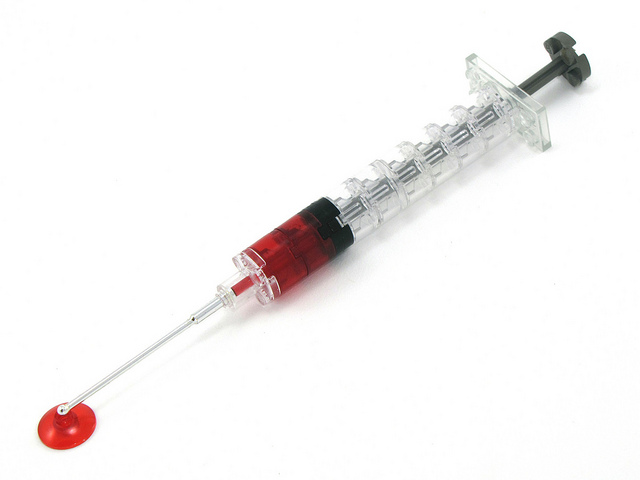 Usually, the disease is diagnosed by the brain cell check-up or PET which can check the spread of the protein, and the amyloid-beta protein works as a biomarker for its diagnosis. (image: Sean Michael Ragan)

SEOUL, Nov. 7 (Korea Bizwire) – A new way to diagnose Alzheimer’s disease with a drop of blood sample was found as Korean scientists proved the correlations of the causative agent of the disease with its concentrations in the blood.

The Brain Science Institute of the Korea Institute of Science and Technology (KIST) led by senior research professor Kim Young-soo paid a close attention to amyloid-beta, the causative agent, which is coming out from brain to blood. The existence of the agent in the blood vessel is already proven internationally. However, the correlations between the level of amyloid-beta in cerebrospinal fluid and that in the blood have not yet proven and the disease diagnosis based on the level of the agent has been controversial.

Alzheimer’s disease which destroys the patient’s memories and cognitive abilities is a major cause for dementia. And it is well known that the disease is caused by the excessive increase of a certain protein called amyloid-beta inside the brain. When the concentration of amyloid-beta gets high, it destroys the neuron cells in the brain and erases the memory of the patients. Usually, the disease is diagnosed by the brain cell check-up or PET which can check the spread of the protein, and the amyloid-beta protein works as a biomarker for its diagnosis.

As the amyloid-beta protein is found in an extremely small amount in the blood, it is unable to analyze the level of the protein with existing devices. Now, KIST is developing a device which can analyze the level of the protein in detail. Also, it plans to develop a “Nanobio Sensor System” which can diagnose the disease with blood sample in cooperation with hospitals, universities and biotech companies.

Professor Kim said, “This study is meaningful in that it formed a theoretical basis for diagnosing Alzheimer’s disease with an easy way of blood check-up. With this method, it is expected to reduce the dementia patients which have caused social problems and financial burdens.”

The study was posted on the October edition of Scientific Reports, an online journal published by the Nature Publishing Group, with the title of “Correlations of amyloid-β concentrations between CSF and plasma in acute Alzheimer mouse model.”