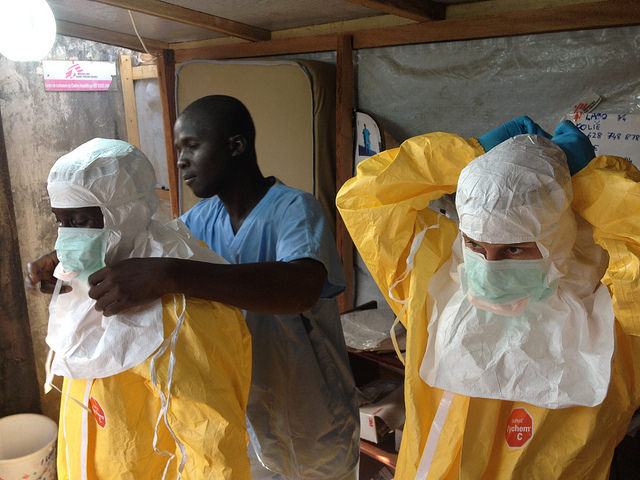 They were refused to attend a UN sponsored conference at a Korean university due to the outbreak of Ebola virus in their country. (image: Global Panorama/flickr)

According to Duksung Women’s University which hosted the second World Congress of Global Partnership for Young Women conference, an event held in partnership with the UN, after the withdrawal of their invitation by the university, the students said to the university that they would raise a suit to the United Nations Commission on Human Rights.

Prior to the international conference began on August 4 for 12 days, the private university cancelled invitations to the African students amid growing concerns about the spread of the deadly virus. The school did not expect that the students would raise a real lawsuit to the UN but weighed on that they are expressing it as a protest to being refused of their entry into Korea.

An official at the university said, “We politely asked their understanding by explaining the facts that Nigeria also tightened security after the outbreak of Ebola in West Africa by closing the hospitals with Ebola patients and that the public opinion in Korea on their invitation was getting worse.”

Before the withdrawal of their invitation, the hosting university notified it to the UN and a participating UN Women official expressed her understanding on the school’s position and continuous support to the conference. The official said, “It is a pity that the healthy students are refused to attend the conference.”