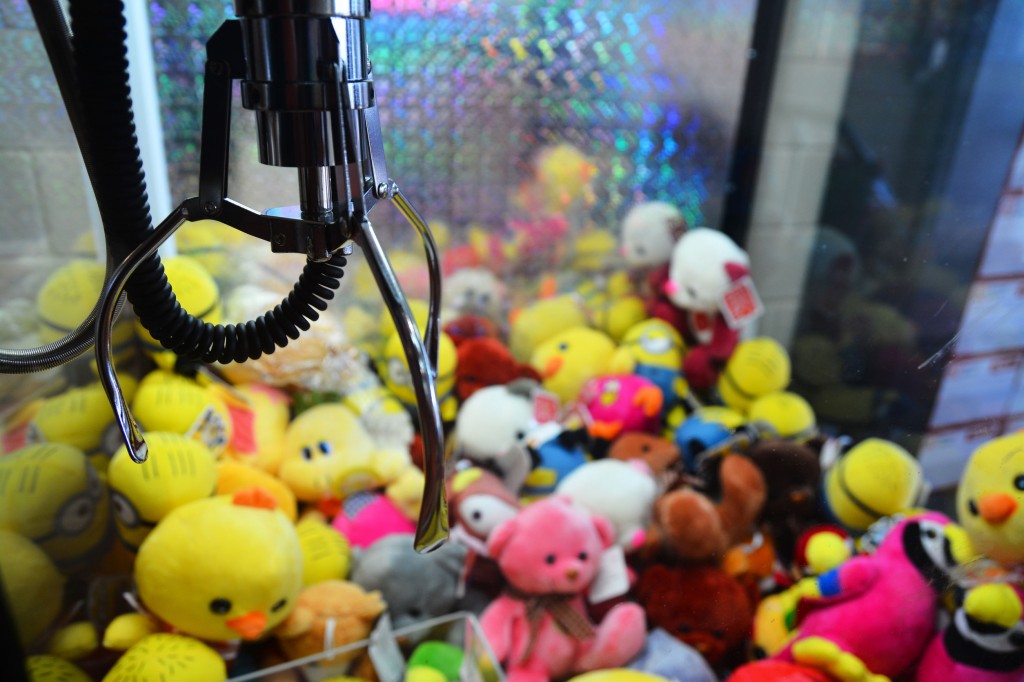 JEONJU, South Korea, Jan. 4 (Korea Bizwire) – Claw machines are back, and arcades offering a dozen, or dozens, of the machines are found on almost every corner of busy neighborhoods in Korean cities.

Jeonju, a small city in North Jeolla Province with a little over 650,000 residents, is no exception.

Famous for its Hanok Village, claw machines have also found their way into the city’s downtown areas, namely near Chonbuk National University and the North Jeolla provincial office, neighborhoods now bustling with people trying their luck at the games.

“These machines went almost extinct ten years ago, but they seem to be coming back,” said Suh Jeong-hak, 33, who’s enjoying the return. “If I can get a prize for a price that’s less than a cup of coffee, it’s good business. I do have times when I overspend, but I’m more experienced now.”

The 100-meter street near CNU’s Gu-jeong Gate has seen two claw machine arcades pop up in the past few months, while three stores opened at the main intersection area in front of the provincial office, also in the latter half of last year.

According to the Game Rating & Administration Committee, the number of claw machine arcades in the country jumped from 21 in 2015 to 147 in August 2016, before soaring to surpass 500 by November, a number that’s likely a lot greater considering that it doesn’t account for other arcades that may also offer the machines.

The biggest driving factor for the sudden popularity of the claw machines is the current economic slump, say officials. South Korea suffered through growing uncertainty last year, including critical events like the shipbuilding crisis and the political scandal that put the country in the global spotlight.

The Composite Consumer Sentiment Index, which measures consumer levels of optimism towards the performance of the economy, reached its lowest level last month in the almost eight years since April 2009, shortly after the global financial crisis.

When the economy suffers, businesses that provide cheap thrills tend to thrive, and given the low initial expense required to open such arcades, more will jump in for the rare opportunity, industry watchers speculate.

“The lack of predictability for the future, or the poor financial state of the present, can have people seek luck or just good fortune,” said an official from the National Gambling Control Commission. “I believe people are flocking to the machines, hoping for bigger compensation with a small investment, relying on pure chance.”