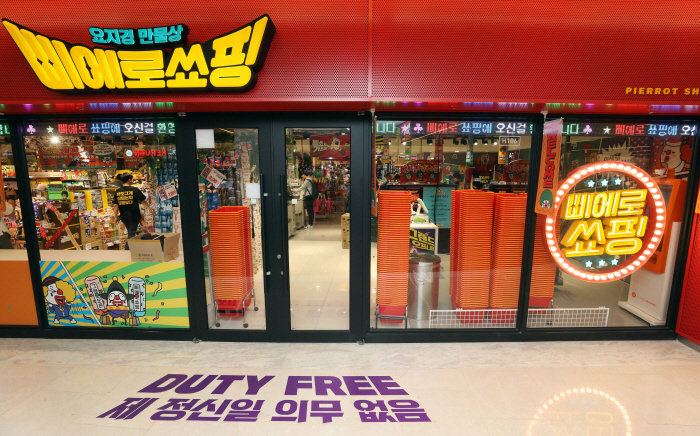 A brand led by Shinsegae Group Vice Chairman Chung Yong-jin, Pierrot Shopping has opened eight stores, including six in Seoul, since it was first established in June last year at COEX.

Young customers in their twenties and thirties accounted for 46 percent of Pierrot Shopping’s total sales in contrast to Emart’s 26 percent.

Most of the young customers purchased imported products that are hard to find at other vendors.

Asahi Super Dry Mini can ranked first in sales among young customers in the last 12 months, followed by Teraoka egg and soy sauce and pollack mayonnaise.