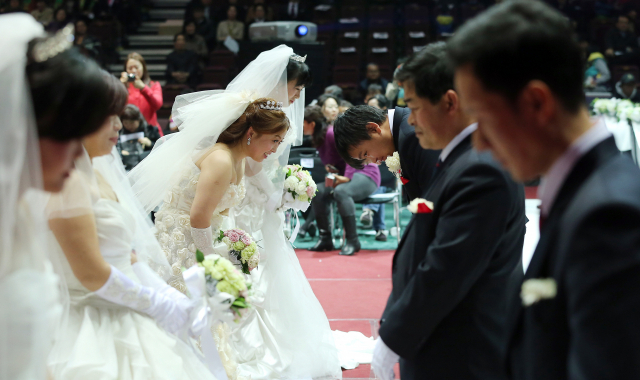 The Ministry of Gender Equality and Family conducted research on 379 registered international marriage brokers and 4,195 domestic and foreign users.

The study showed that the share of university graduates among domestic users rose to 43.8 percent last year from 29.8 percent in 2014.

Among the couples, 90.7 percent were still married, but 5.4 percent were divorced. The share of separation and runaways stood at 0.9 percent and 2.9 percent, respectively.

At 83.5 percent, the vast majority of foreign spouses were from Vietnam, with their average age ranging from 19 to 29 years (75.9 percent). Among them, the share of those with high school education was the highest at 57.8 percent.

Domestic spouses were mostly men, with a majority of 61.3 percent between 40 and 49 years of age, followed by those older than 50 at 20.6 percent.