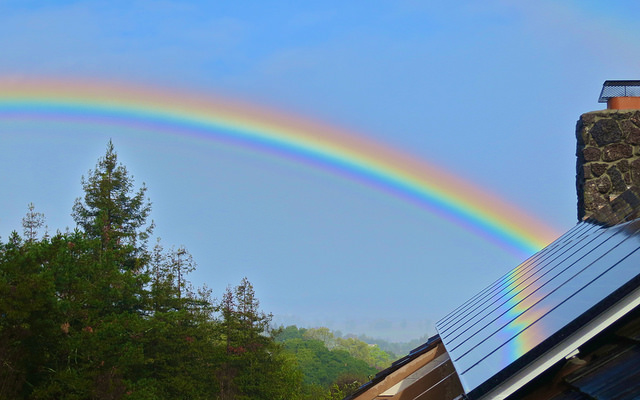 Last year, solar power generating units were supplied to 42 households in Daegu, and that number will go up to 600 this year. In April, 251 households from 34 apartment complexes applied for the panels.

Under the slogan “I Produce My Own Electricity”, the city plans to foster an “energy pro-sumer” culture, and will subsidize 50 percent of the installation charges (up to 400,000 won). The word “pro-sumer” is a portmanteau of “producer” and “consumer”.

These small compact-size solar power generating units come with a monitoring device where energy production can be monitored at home in real time.

A power generating unit of 250 W can produce 26 – 30 kWh per month on average. This is the amount of energy needed to operate a 900-L double door refrigerator.

A household with this type of solar power generating unit could save about 10,000 won in electricity costs on a monthly basis, recouping their investment within three years, and saving on electricity bills for 13 years considering that the panels have a lifespan of 15 to 20 years, according to a city official.

Daegu is the fifth largest producer of solar power out of the eight largest cities in Korea, but it is the top supplier of new renewable energy sources such as solar power, geothermal power, fuel cells, and bioenergy to name a few.

“Residents who participate in this project will save on their energy bills, and the city’s development and distribution of new renewable energy sources will contribute to create a clean energy city,” said Hong Seok-jun, a government official in Daegu.