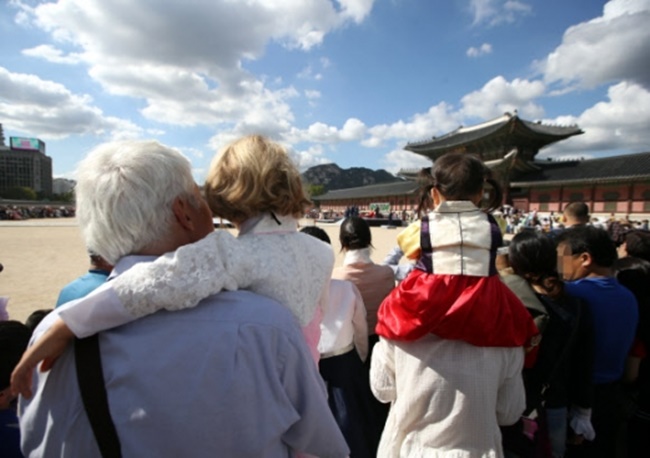 A number of government branches, including the Ministry of the Interior and Safety and the Ministry of Foreign Affairs, unveiled a set of safety measures for foreign nationals and multicultural households on Wednesday. (Image: Yonhap)

SEOUL, Dec. 27 (Korea Bizwire) – The government is set to introduce an English emergency alert system for the more than 2 million foreign residents of South Korea, which will be activated during major emergencies.

A number of government branches, including the Ministry of the Interior and Safety and the Ministry of Foreign Affairs, unveiled a set of safety measures for foreign nationals and multicultural households on Wednesday.

As part of the new safety measures, emergency alerts will be available in both English and Chinese from next month through a safety app called ‘Emergency Ready App’, while new safety signs and emergency shelters will also include English instructions.

The new move by the government comes following criticism over the lack of safety measures for foreign nationals in South Korea during emergencies including the Pohang earthquake earlier this year.

Police stations in communities across the country with a significant population of foreigners will introduce voluntary crime prevention groups, while extending safety education programs and drills for both international students and migrant workers.

On the safety ministry’s official web portal ‘Safe Korea’, videos explaining emergency situations and the appropriate responses and safety precautions are expected to be available in multiple languages in the future.

In addition, the Ministry of the Interior and Safety will encourage both the central and local governments to consider foreign residents when drawing up safety plans, which will then be reviewed in the government safety evaluation process.

Plans are also being considered to introduce multiple language services for popular government websites such as ‘Danuri Portal’ and ‘Hi, Korea!’.

“We are trying to overcome the language and cultural barriers between foreigners living in South Korea, and are hoping to create a society safe for everyone, by getting foreign nationals to participate in the safety and prevention process,” said Ryu Hee-in, a senior official at the Ministry of Foreign Affairs.

The number of foreign residents in South Korea has more than doubled over the past decade, surpassing the 2 million mark in 2016, according to data from Statistics Korea.

Despite the growing foreign population, however, the government has been criticized for leaving behind the international community with its emergency alert system.