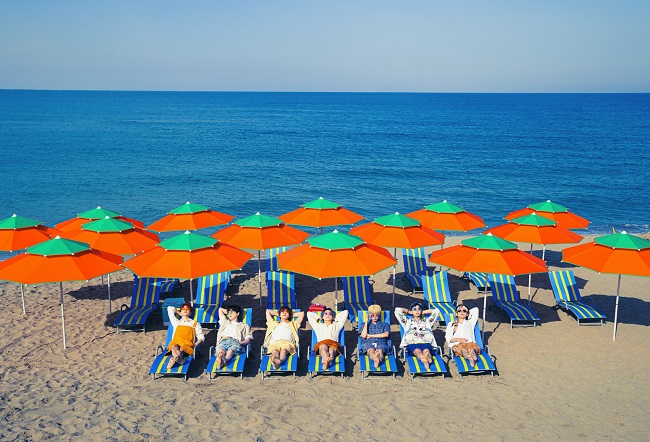 BTS lie on sunbeds on Maengbang Beach in Samcheok, Gangwon Province, in this photo used for its globally popular “Butter” album and provided by Big Hit Music.

SEOUL, Sept. 14 (Korea Bizwire) — K-pop fans launched a campaign to help protect a beach in eastern Korea that has become popular after the global superstars BTS shot their photos for the “Butter” album.

Korea Beyond Coal, a civic group dedicated to fighting against climate change, said they started the “Save Butter Beach Campaign,” jointly with Kpop4planet, a group of global K-pop fans interested in environmental issues, to stop a coal-fired electrical power plant from being built near Maengbang Beach in Samcheok, Gangwon Province.

The construction work got underway on the beach to allow the shipment of coal to be used in Samcheok Coal-fired Power Plant, and the civic group argues the work “could ruin the beach’s beauty and damage its function by prompting coastal erosion and changing the natural movement of sand.” 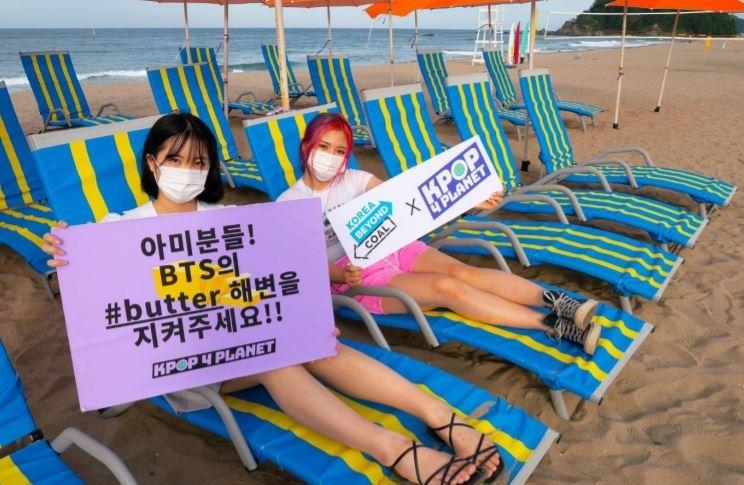 Activists hold signs pleading fans to participate in the movement to help save Maengbang Beach in Samcheok, Gangwon Province, in this undated photo provided by Korea Beyond Coal.

The group also said the plant “not only threatens the existence of the beach in itself but also runs counter to the global environmental movement against coal.”

“When the plant begins operation, it is expected to emit 13 million tons of carbon dioxide every year,” it warned.

The two groups said they will focus on gathering signatures in support of their cause and continue doing various campaigns to raise awareness of the environmental issues associated with the plant.