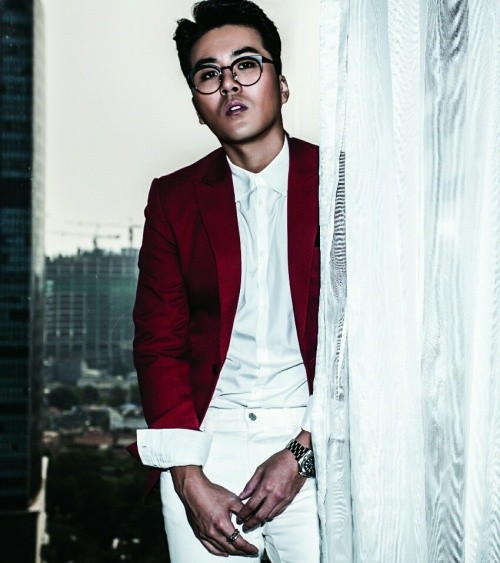 He demonstrated how to make “dak bokkeumtang” (braised chicken) and kimchi cheese fried rice on the show. (image: Jina Enetertainment)

Eru showed that he can cook, too. He demonstrated how to make “dak bokkeumtang” (braised chicken) and kimchi cheese fried rice on the show. Eru said that he was really happy to have a chance to introduce Korean cuisine to his fans in Indonesia, since he has a passion for cooking and seeking good restaurants.

Eru also introduced a free online guidebook about Korean restaurants in Malaysia and Indonesia. The PDF book ‘[Indonesia & Malaysia] Korean restaurant guidebook’ can be downloaded at the Korean Food Foundation’s website ‘The Taste of Korea.’ (http://www.koreanfood.net/en/board.do?cmd=view&bbs_id=055&menu=PEN4020000&lang=en&art_id=43306#) Guidebooks on Korean restaurants in Thailand and Vietnam are also available in the reference section of the website.

The Indonesian Embassy in Seoul recently honored Eru as one of its “Special Friends of Indonesia” for his effort in augmenting cultural exchanges between Indonesia and Korea.