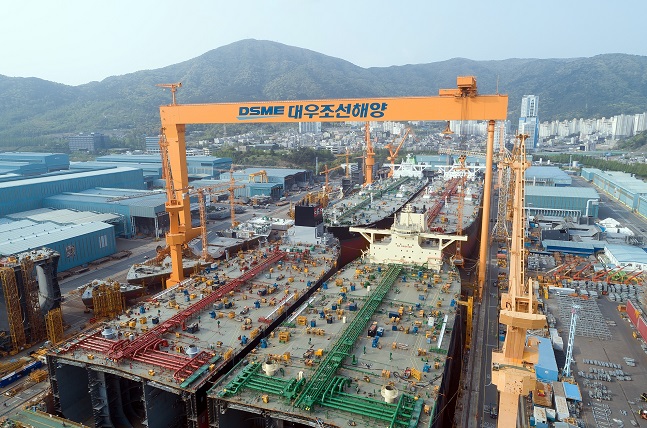 SEOUL, Oct. 8 (Korea Bizwire) — The proposed acquisition involving South Korea’s leading shipbuilders has been deadlocked for more than a year, as the European Union antitrust regulator shows no signs of resuming its probe into the deal.

The deal is subject to approval from antitrust regulators in the European Union and five countries — South Korea, China, Singapore, Kazakhstan and Japan.

China, Kazakhstan and Singapore have given the nod to the deal that would create the world’s largest shipbuilding group with a 21 percent market share.

The European Commission started its in-depth investigation into the deal in December 2019, as it expressed concerns the transaction may significantly reduce competition in the market for cargo shipbuilding, which could lead to higher prices, less choice and reduced incentives to innovate.

The commission stopped the antitrust investigation into the deal in July 2020, citing a lack of information from Hyundai Heavy that is needed to approve it.

“The clock (in its probe) is still stopped,” Maria Tsoni, a spokesperson at the European Commission, said in an emailed comment to Yonhap News Agency.

She said the commission has no further comment at the moment.

Hyundai Heavy has said it has been doing its best to get approval from the commission, without elaborating. 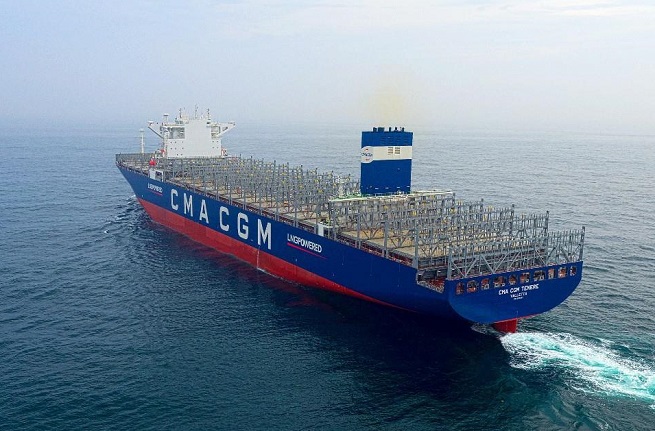 This photo, provided by Hyundai Heavy Industries (HHI) Group on Aug. 24, 2020, shows an LNG-powered container vessel with a capacity of 14,800 twenty-foot equivalent units, which was built by its shipbuilding unit Samho Heavy Industries Co.

On Tuesday, South Korea’s antitrust regulator, the Fair Trade Commission, said it plans to wrap up its review over the deal by the end of the year.

The continued delay of the deal’s approval has caused unionized workers at Daewoo Shipbuilding to further protest against it.

They have been opposed to the deal, as it could cut their jobs and cause the collapse of the supply chain in the local shipping industry.

Daewoo Shipbuilding has a shipyard in Geoje Island, about 400 kilometers south of Seoul.