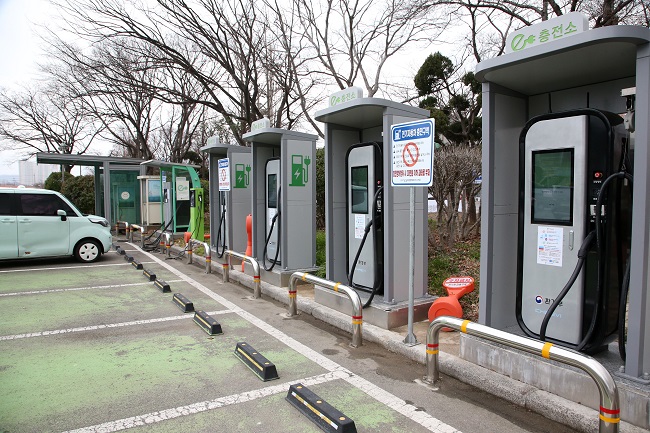 SEOUL, March 18 (Korea Bizwire) — Electric vehicle (EV) drivers are increasingly concerned that the lack of liability insurance at charging stations may prevent them from receiving any compensation in case of a fire or explosion.

There were 112 EV charging stations in South Korea as of June last year, with approximately 104,000 charging stands. industry sources said. Compared to 2017, the number has jumped by more than 90,000.

The issue at hand is that there are hardly any liability insurance policies, except for the Commercial General Liability (CGL) insurance policy, available to compensate for accidents occurring at EV stations, despite their surging number.

CGL insurance plans compensate for damages or legal costs of customers or others who are hurt in an accident.

Charging stations, however, aren’t required to subscribe. Unless the stations voluntarily subscribe to such insurance policies, customers may not be able to receive any compensation.

Gas stations, liquefied petroleum gas (LPG) and hydrogen fueling stations are governed by a separate rule which requires that they carry insurance.

EV charging station, however, are governed by the Electric Appliances Safety Control Act, which does not require them to maintain insurance coverage.