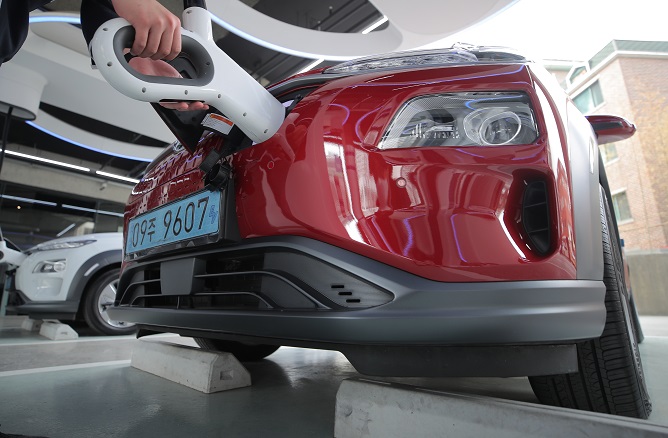 This undated photo shows an electric car being charged in Seoul. (Yonhap)

Automakers on Wednesday announced that a total of 12,399 EVs were sold in February, which was 1,113.2 percent higher than the previous month (1,022 units).

It is not uncommon to see a spike in sales between January and February since that’s when the central government and local authorities decide on the amount of subsidies they will provide for purchasing EVs.

Many consumers wait until February, when the subsidies are set, before they commit to purchase.

EV sales in February of this year more than tripled the tally from last year, largely due to a newer, wider selection of EVs and higher consumer interest.